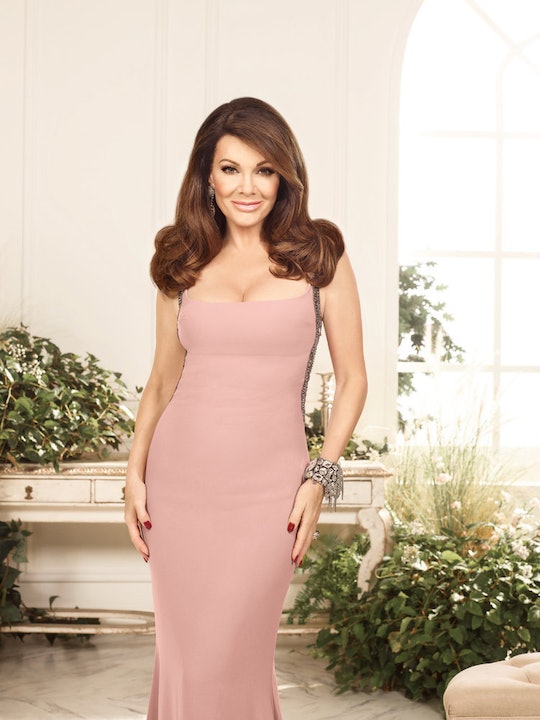 Pretty Soon, Lisa Vanderpump Might Run Out Of Friends On 'RHOBH'

Lisa Vanderpump has not had it easy on Real Housewives of Beverly Hills this season. Ever since Dorit’s dog adoption fiasco hit the rumor mill, Lisa has gone back and forth with the majority of her co-stars in a verbal war. And now that Teddi has somehow found herself out of Lisa’s good graces, fans are likely wondering if Lisa Vanderpump and Teddi Mellencamp are still friends. The RHOBH stars aren't exactly BFFs right now on the show and, it seems, that drama has spilled over to real life.

Before the season even premiered, Teddi took to Instagram to continue the drama that began during filming of Season 9. She posted a photo that has since been deleted to show that Lisa used a stand-in for the RHOBH cast photo this year and that her photo was later added in so she wouldn't have to be part of the shoot with the other women. On Watch What Happens Live, a caller asked Teddi why she posted that on Instagram, to which Teddi replied, "To be shady, really." I guess she gets points for accountability, but it doesn't look like things have cooled between the women.

Since that happened well after filming for Season 9 ended, there’s a good chance that Lisa and Teddi still aren’t on good terms.

The drama all began when Dorit adopted a dog from the Vanderpump Dog Center, and then reportedly gave that dog up for adoption when it allegedly bit one of Dorit’s kids. The dog was then given to a pound by the friend Dorit gave the dog to and Lisa found out about it. I get why Lisa would be upset about what can only be referred to as "dog-gate," because rescuing dogs is totally her thing. But what began as a spat between Dorit and Lisa snowballed into Lisa having it out with some of her other co-stars, including Teddi.

In a February Bravo blog post, Teddi said that going into Season 9, she was closer to her co-stars, including Lisa, than before. But after this drama got blown up into something bigger, Lisa’s attitude toward Teddi gradually got worse, which in turn made Teddi turn back on her to defend herself, and it’s been a big thing. Teddi wrote that after the truth came out about what happened with the dog, Lisa claimed to be fine, but would continuously go back on that.

"It’s like Lisa Vanderpump is saying one thing but means another. Kinda like how we see her lunch with Dorit, and she says she’s fine but then isn’t. Strange," Teddi wrote on her blog post. "It's also odd how she says she's sorry she didn't speak to me at the Daily Mail TomTom even when she did — we even filmed a scene together."

Although dog-gate was initially contained between Dorit and Lisa, Teddi was accused of gossiping about the ordeal, which not only added her to Lisa’s war path, but also forced her to go on the defensive and try to be there for Dorit. Most of the drama is part of Season 9 because what is a season of RHOBH without drama that pours from one episode to the next? But right now in real life, it doesn’t look like Lisa and Teddi have made amends.

Teddi did mention in her Bravo blog post that her heart went out to Lisa for her struggle to deal with her brother’s death, which might be surprising for some fans who are following their ongoing feud. But other than that, it seems like Lisa and Teddi are still maintaining their distance from each other. I suspect a RHOBH Season 9 reunion full of shouting matches because it doesn't look like this drama is winding down anytime soon.