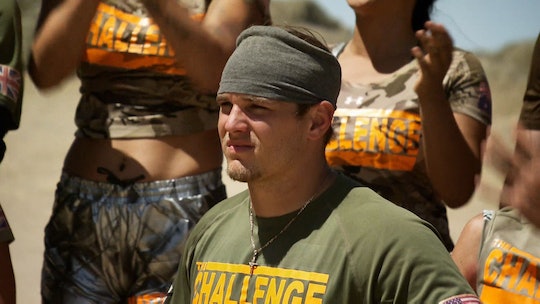 Hunter Is Basically Becoming Known For His 'Challenge' Showmances

Contestants on The Challenge have a lot of down time between competitions, diary room sessions, and killing floor elimination rounds. It's only natural that some contestants hookup. And, if they're lucky, those hookups can lead to more outside of the show. Paulie and Cara Maria found that last season, but are Nany and Hunter still together after The Challenge? They have had a mild showmance this season that they have kept under the radar for the most part.

Despite being on opposing teams, they found a mutual attraction and right now on the show, they seem to be enjoying each other's company when they aren't battling against each other. But outside of The Challenge, now that filming is over, it looks like they decided to keep it contained to War of the Worlds. Nany's Instagram is full of selfies with other MTV reality stars, including Cara Maria, who hasn't really been on her good side lately. But despite having a fling with Hunter this season, there's literally no evidence on Nany's Instagram that they were ever a thing.

Hunter also has zero photos of Nany on his and they don't follow each other, so they could have had a blowup which resulted in an end to their Challenge relationship before filming even ended. For now, neither Nany or Hunter have said as much so it's just speculation, but it doesn't look like they are dating after The Challenge.

The Challenge isn’t necessarily about hooking up or developing a showmance to make the time go by faster. In fact, at the beginning of the season, some of the other competitors talked down about Chase trying to be with Nany and joked that he wasn't on The Bachelorette anymore. But the players only human and showmances are almost unavoidable on reality TV competition shows.

Eventually, Nany and Hunter found their way to each other this season and he has spoken highly of her on the show. He has said multiple times that he admires her game and talent on The Challenge and when Hunter and Turbo got into a fight, Nany tried to be as neutral as possible. It seemed like they were on the right track, but sometimes Challenge romances are meant to be contained to the show.

For the most part, Nany seems to be living her best post-Challenge life. She was part of MTV’s Spring Break event in Mexico this year and she posted a ton of photos with some of her other co-stars, proving that there are no hard feelings with them. It doesn't look like she’s dating Hunter, but honestly, it doesn't seem like she’s dating anyone and that might be the way she likes it. You can't blame her. If she is going to compete on another future season of The Challenge, she has to be able to keep her head in the game.

Hunter isn't as active on social media as some of his fellow Challenge competitors, but most of the photos he has posted are from family gatherings or events with friends. He, too, is doing his thing outside of The Challenge and seems to be happy with the way things ended with Nany. There doesn't seem to be anyone else in his life romantically, but despite being in multiple showmances during his years on The Challenge, he might prefer to keep some aspects of his private life private.

Of course the real dirt will probably come when The Challenge reunion airs later this season, but for now, it seems like they are both living their own lives with the past behind them.