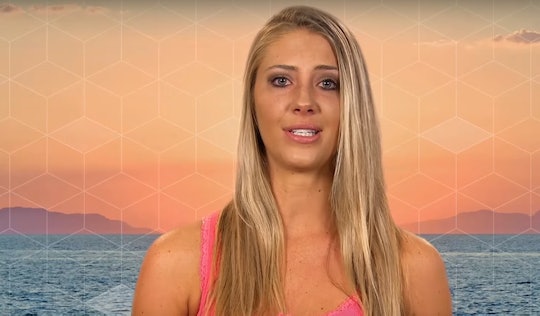 A little background on The Challenge couple: After they met on The Challenge five years ago, they maintained their romance outside of the show. Two years later, after Rivals III, they hit a snag in their relationship and ended things. While filming, Jenna was speaking to Zach on the phone when he accidentally called her "Brooke" — the name of the woman he was cheating on her with. Needless to say, it was one of those moments that will go down in Challenge infamy.

Since then, however, the couple has managed to repair their relationship and it looks like they’re still together after filming the current season, War of the Worlds.

In May 2018, the couple finally went public with their relationship again in a heartfelt Instagram post on Jenna’s page. "Love isn’t practical. It isn’t meant to be easy. It doesn’t appear on command. It doesn’t let you fall for whomever you’d like. It surfaces neither at the most opportune moment nor in the most convenient," she wrote. "It might pair you with someone you might never have expected. It’ll put you face to face with endless obstacles. But in the end, none of that will matter because it’s how you overcome its obstacles that will define your love. It may not be practical, but love is ultimately the best thing that will ever happen to you."

Jenna also shared on Instagram that their relationship is in a much more mature place than it was when they first got together years ago. "I met him when I just turned 21 on my first season, and he just got out of a relationship," Jenna said in an Instagram story. "When we broke up, we dated other people in between but always found our way back. The difference is, now we realize the other one isn’t going anywhere, we are each other’s person and now we handle certain situations more maturely."

More recently, both Jenna and Zach posted photos with each other on their respective Instagrams and since The Challenge: War of the Worlds was filmed months ago, it’s safe to say they stay together this time. Maybe they really have grown into more mature adults with a stronger relationship than ever.

Fans who have followed the couple since the start of their relationship probably already know the on-screen history they share thanks to multiple seasons of The Challenge. After they broke up while Jenna was filming Rivals III, MTV then threw them back in the same competitive atmosphere on the following season, The Challenge: Invasion of the Champions, during which it was clear old feelings came bubbling back up to the surface.

Right after, they filmed the next season, The Challenge: Champs vs. Stars together. When Jenna succumbed to a foot injury, Zach showed concern and since then, it looks like they’ve stayed together. After so many highs and lows of competing on The Challenge and dealing with their relationship on and off the show, you have to hand it to Zach and Jenna for being able to work things out.