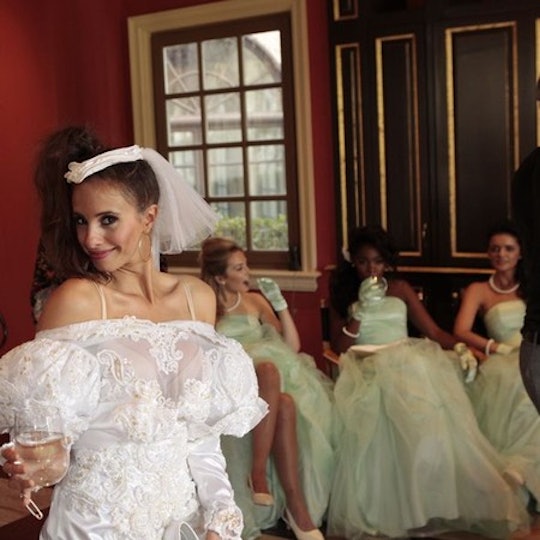 For some Bachelor couples, all good things must come to an end and once the cameras stop rolling, it’s too hard to gain their footing as a real couple to go on. It's sad, but it happens. In the case of the most recent couple, though, are Vanessa and Nick still together after The Bachelor? In a perfect world, the two would already have their wedding date set or ask Chris Harrison to officiate live on the After the Final Rose special. I know, absurd, but a girl can dream, right?

Nick and Vanessa’s relationship on The Bachelor seemed real from the beginning though, if that helps. She was never afraid to call him out on things that bothered her and every time there was something big to discuss, she definitely didn’t stay quiet for fear of scaring him away. And, as we can all see, she definitely didn’t scare him away since, in the end, Nick proposed to Vanessa during the finale and (big surprise) she said yes.

So what about the couple now? Their distance was a big issue in their budding relationship, but the proposal should have made it clear that one American and one Canadian can look past all of those pesky miles, right?

When Nick proposed to Vanessa on the season finale of The Bachelor, the couple definitely seemed legitimate and serious about each other. And for the first time all season, they seemed totally secure in each other too. When Vanessa came out on After the Final Rose, she told Chris Harrison that "some days are tougher than others," but that she's still engaged to Nick.

According to Vanessa, they have an open relationship as far as communication is concerned, but that they're still living in their respective homes. But the couple love each other and, as Vanessa said, they're both excited about their future together, so they actually seem more secure than ever.

I'm not going to lie though — how a relationship works with both parties living in totally different countries when they're going to get married is beyond me, but apparently it's what works right now for this Bachelor couple. My guess is that they will cross the bridge of figuring out who's moving where now that they can actually be together in public and now that they're likely going to be fielding wedding date questions for a while.

The next big step for the couple is getting married, so let's just hope that distance and the lack of cameras don't deter Nick and Vanessa too much.