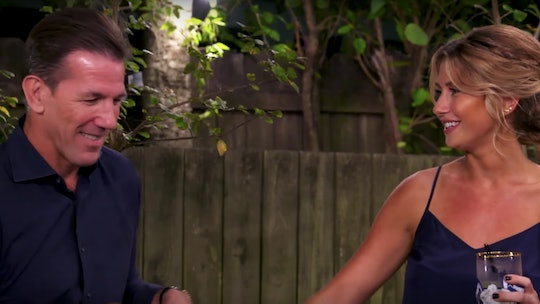 A 'Southern Charm' Couple Could Be Tying The Knot Very Soon

Despite watching Thomas Ravenel's relationship highs and lows with Kathryn Dennis throughout the past couple of seasons of Southern Charm, you can't really accuse the guy of being afraid of commitment. He seems to be a super devoted dad, and he convinced his new girlfriend at the time, Ashley Jacobs, to fly across the country and start a life with him. So at this point, are Thomas and Ashley engaged on Southern Charm? It doesn't look like she’s sporting any new solitaire diamonds in her Instagram photos, but they did just celebrate a year of their relationship, so it's possible that a ring could be on the horizon. Then again, Thomas could be saving a proposal for next season on the show, so fans may have to wait to see it all go down if that is part of their plans as a couple.

Despite the drama that viewers have seen on the show, it looks like Thomas and Ashley are still going strong and have chosen not to let others impact their relationship together. Thomas has also recently had more time with Kathryn and their children as a unit together, which proves that Ashley really is confident in what they have together and unafraid of his ex being part of the picture as well. But does that mean Thomas and Ashley are engaged right now? It doesn't look like he’s put a ring on it just yet.

For some, being together for one year doesn't warrant a proposal or even any conversations about marriage, but Thomas and Ashley have never been super conventional. They met in May of 2017 and just a couple of weeks later, she met his children, and soon after that, she was on a plane from California to South Carolina to start her life with Thomas. That being said, it’s entirely possible that Thomas might propose soon, even if their relationship is, in a way, just getting started. They’re both mature adults who have already had solid relationships before they knew each other, so if marriage is what they decide they want,. It doesn't really matter when he proposes, especially if it happens sometime soon.

Of course Ashley’s issues with some of the other cast members on Southern Charm might cause problems for a proposal, especially if Thomas plans to do it on the show in front of the cameras. If he eventually tries to rally his friends to help him with the proposal, it might be difficult, since in recent episodes, Ashley and Kathryn got into it during a dinner argument that caused some of the other cast members to try and step in for Kathryn. It’s kind of what you’d expect, but it also might be difficult for anyone on the show to be happy for Ashley and Thomas unless they can make things right with everyone else.

While Thomas and Ashley aren’t engaged right now, or at least as far as social media is concerned, it doesn’t look like they’re engaged, it could very well be coming. The last time Ashley posted a photo of Thomas on her Instagram was in May on their anniversary, so you might argue that they’ve been distant, but it could just be some healthy distance that any couple would want. Either way, I fully expect to know literally everything about the aftermath of Ashley first season when season six of Southern Charm premieres. Thomas has only been married once, back in 1998 and has since then avoided the whole marriage gamble, but maybe Ashley has helped him see it another way. You don’t just introduce your girlfriend to the cast of the show without the expectation that things will pan out in the long-term.