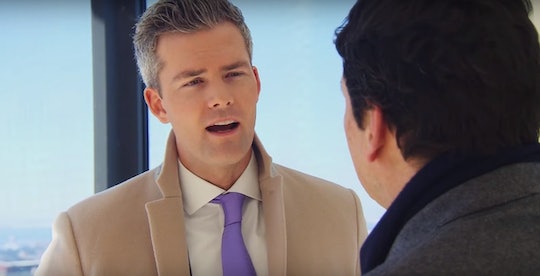 Whenever there’s a new young blood among the old dogs on a show like Million Dollar Listing New York, there are bound to be hurdles to jump over at first. In a promo for Season 8, viewers saw Tyler and Ryan butt heads and they haven’t been the closest co-stars so far. And now, fans are curious about where they stand. So are Tyler and Ryan friends after Million Dollar Listing New York? Right now, that’s the million dollar question (no pun intended).

There is some tension between the two realtors on the show, but it could just be a result of Tyler being a new young buck in the cast, ready to prove himself and make a name for himself on the show. Outside of Million Dollar Listing New York, Tyler already has more than 10 years of experience in the business and leads his own team with the Triplemint real estate brokerage firm, so there’s no denying that he earned his place among the other realtors fans have gotten to know over the past seven seasons.

But if Ryan is threatened by Tyler as a professional, it could lead to problems for them later on down the line. Right now, there is no confirmed feud or even major beef between them. But because they didn't get off to the best start this season, fans are curious about whether or not they are friends outside of the show.

As a longtime cast member on Million Dollar Listing New York, Ryan is a few levels higher than Tyler on the totem pole and he seems to know it. It’s only natural for two successful realtors to butt heads when they are forced to work together on the same reality TV show. And it makes for good drama, which I wouldn't doubt producers were hoping for at the start of filming Season 8. But outside of the show, it could be a different story.

Tyler recently threw a screening party to showcase his first episode of Million Dollar Listing New York this season, which included co-workers and some of his new co-stars. And despite any issues Ryan might have with Tyler this season, the show’s veteran realtor showed up to the screening. If there was true animosity between the men, I don't think he would have made an appearance. I’m not sure if it means they will be besties anytime soon, but chances are, they find common ground this season.

On the other hand, back in June, Tyler posted a photo on Instagram of him with most of his co-stars from the show with the caption, "Hoping I find myself in a life position one day in my future where I can try to do for all of these people something nearly as epic as what they have done for me. Pretty sure I’m the luckiest guy alive to be working with everyone here for MDL. Still crazy."

While Fredrik, Steve, and Luis were all at the front center of the photo, Ryan was notably missing. One of Ryan’s followers commented on the picture asking where he was, to which Tyler replied, "that was the question of the night!"

It could be a clue that all is not sunshine and rainbows between the men. Or, it just means Tyler expected Ryan to show up to the event and Ryan was unable to make it. Either way, I don't think Ryan and Tyler are necessarily warring at this point. They might not be best friends just yet, but Tyler is still a newbie on the show, so there's plenty of time.