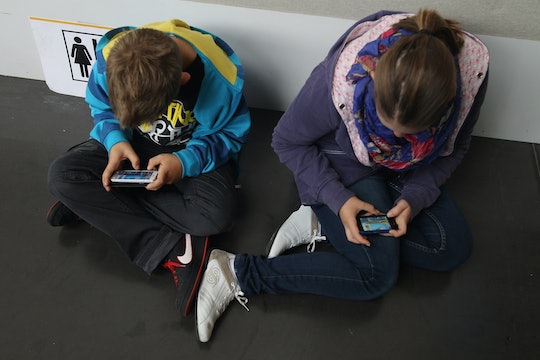 So, It Turn Out Video Games Might *Not* Be Messing With Your Kid For Life

I would be lying to you if I pretended I love video games. As a mom of four sons I have struggled to come to terms with the deep, abiding obsession my boys share over the playing of video games and all of the conversation that comes along with it (a secret language I neither understand or honestly even try to understand). Much like many moms, I have also wondered if my sons were somehow being socially stunted by said obsession. I've wondered whether or not video games are okay for kids and whether or not I should be doing something to put an end to them. Well, according to a new six-year study, I might be able to rest a little easier.

The general accepted wisdom when it comes to video games seems to have always been that they are bad for your kids in a number of ways. In the past numerous articles and papers have been written on the dangers of playing video games to your child's physical health (all of that sitting on the sofa and being sedentary while your heart is pumping a mile a minute as you defeat monsters on the screen) to encouraging violent tendencies to stunting social development, as per Polygon.

But it seems all of this doom and gloom might be ever so slightly unwarranted.

A team of researchers from the Norwegian University of Science and Technology (NTNU), NTNU Social Research, the University of California, Davis, and St. Olav’s Hospital in Norway spent six years studying 873 Norwegian children between the ages of six and 12 to see how playing video games might effect their development. The children were all from different socioeconomic backgrounds, and the researchers checked in with the children every second year for a total of six years.

Here is what they found: In boys the video games didn't appear to have any effect on their social development, although the researchers did note that girls who played more video games around age 10 did seem to suffer from less developed social skills, as per Metro.

Researchers also noted that playing video games didn't appear to increase instances of anxiety, aggression, or depression in children. That being said, this doesn't mean that parents shouldn't concern themselves if they notice their child spending too much time playing video games. As lead researcher Beate Wold Hygen told The Daily Beast:

Our study may mitigate some concerns about the adverse effects of gaming on children’s development. It might not be gaming itself that warrants our attention, but the reasons some children and adolescents spend a lot of their spare time playing the games.

The study, which was published in the journal Child Development, found that children who struggled socially around the ages of eight and 10 tended to play more video games by age 12, which could point to a tendency to retreat from reality. Study co-author Lars Wichstrøm told Metro:

It might be that poor social competence drives youth’s tendency to play video games for extensive periods of time. That is, youth who struggle socially might be more inclined to play games to fulfill their need to belong and their desire for mastery because gaming is easily accessible and may be less complicated for them than face-to-face interactions.

Perhaps the takeaway from this study is to worry less about your child playing video games and instead make an effort to encourage them to include other kids in their games.