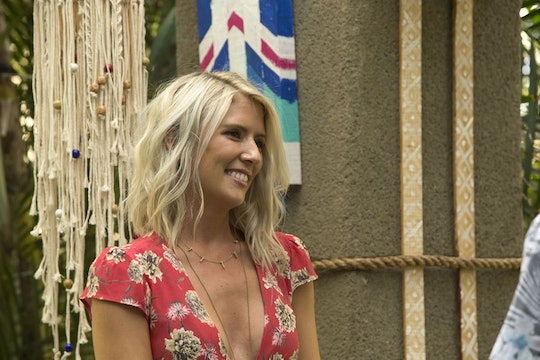 Wells & Danielle M. Have History Prior To 'Paradise'

On the Season 4 premiere, Danielle M. confided in Wells her worries over finding someone in Paradise and even commented that Wells is the kind of guy she needs. Obviously as the bartender, Wells is off limits to the cast members on Bachelor in Paradise, but that doesn’t mean that he can’t be with Danielle M. after Season 4 wraps up.

In fact, fans have been shipping them since before the season even began. On Reddit, there are plenty of Danielle M. and Wells fans who would totally be into them as a couple, and on any photo or video that Wells posts on Instagram of him with Danielle M. there are tons of comments from fans saying what a cute couple they would make. Apparently, though, Wells and Danielle M. have been good friends since long before either of them began their Bachelor Nation journey.

According to the Will You Accept This Rose? podcast, which they appeared on together in March, Wells and Danielle M. are part of the same group of Nashville friends, so that would explain how comfortable they already are around each other. It would also explain Danielle M.'s presence on Wells' Instagram. But just because they're friends, that doesn't mean that something more can’t blossom between them.

In the preview for Tuesday’s episode of Bachelor in Paradise, both Wells and Danielle M. are pretty clear about their growing feelings for each other, so it’s entirely possible that something else sparked between them other than their friendship while in Paradise. "Wells is so cute, and he’s such a good man," Danielle M. admits to Raven. "I can’t pass that up." In another shot, Wells is caught saying of Danielle M., "She’s like way out of my league." So there’s definitely a chance.

After not making many love connections in Paradise just yet, Danielle M. no doubt saw Wells as a familiar face to make her feel comfortable, and they’re definitely cute together. Wells was an easy favorite during JoJo’s season of The Bachelorette where he seemed to get along with everyone, but his chemistry with JoJo fizzled by the time they got a solid one-on-one date.

Even though he didn’t leave Bachelor in Paradise Season 3 with a fiancée or even girlfriend, he was brought back as the bartender to take over for Jorge Moreno and that has to be for more than just fan service. Danielle M. and Wells seem like they’re just friends for now, but seeing as how close they are, there’s no reason to doubt that their relationship status could change.