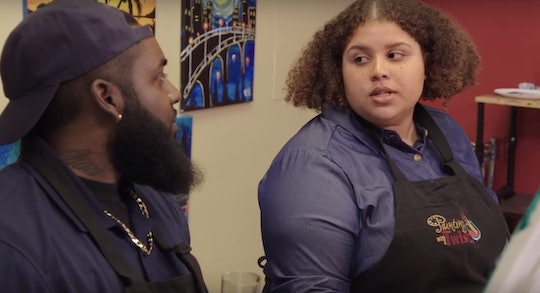 If I had a family like Chantel and Winter’s on The Family Chantel, I would either be grateful to have people looking out for me or hate that I had meddling family members who take it upon themselves to hire a private investigator at the drop of a hat. But that’s just par for the course with Chantel’s family. Fans have seen her parents meddle like no one else in the 90 Day Fiancé franchise. But after their latest round of investigative work, it might have left Chantel’s sister single, so are Winter and Jah still together? The Family Chantel isn’t just about Pedro and Chantel anymore, even if their drama is never ending.

I guess there are only so many minutes within the hour-long episode you can fill with Pedro and Chantel arguing with each other about the other’s family and arguing with their own families about how best to make amends. While River seems to be focused on repeatedly reliving his physical fight with Pedro, Winter had a life outside of her family that was mostly idyllic until Chantel convinced their mom, Karen, to hire an investigator, much like Karen did with Pedro at the start of his relationship with Chantel.

The investigator revealed that Jah has another child, which was news to Winter and broke her heart as she learned about it on TV with cameras, Chantel, and Karen following her to her bedroom. It was the worst way to learn about life changing news and it could have meant the downfall of her relationship with Jah.

Winter hasn't come out and said anything regarding her relationship status with Jah, but there aren't any photos of him on her Instagram. That’s nothing new, however, because at the start of the season, Winter had just one post with Jah’s daughter on her Instagram and nothing to suggest she was even in a relationship. Since the start of the season, Winter removed that single post and there is nothing on her Instagram that even hints she is still with Jah or has contact with his daughter, who she has said she's close to on The Family Chantel.

Because of that, there’s a chance Jah and Winter broke things off after The Family Chantel. I don't think Chantel and Winter’s parents are the only source of Chantel and Pedro’s marital problems, but their interference in their relationship certainly hasn't helped. It's possible their sudden interest in Winter and Jah’s relationship caused them to take a turn for the worst.

The one thing that gives me hope for Jah and Winter after The Family Chantel, however, is that they both still follow each other on Instagram. Winter has also liked most of Jah’s recent posts. They still haven’t included anything about each other or any posts or photos relating to their relationship, but if Jah and Winter weren't together, I don't think they would be actively communicating this way on social media.

The Family Chantel is reality TV. And although the cast members are part of a family, they might have nondisclosure agreements to make sure none of them reveal any spoilers on social media about the different storylines before the season has finished airing. It could be one reason why it’s hard to say for sure if Jah and Winter are still together after The Family Chantel.

Neither have said anything regarding their relationship either way, but since they are still active in each other’s lives on social media after a six year relationship, I think there’s still hope for Jah and Winter — even if her family makes it seem impossible.

The Family Chantel airs on Mondays at 10 p.m. ET on TLC.