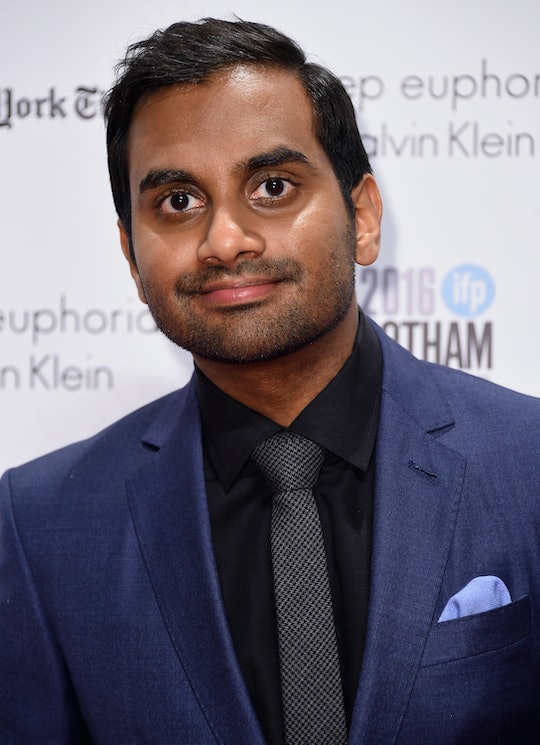 In the first Saturday Night Live episode since President Trump's inauguration, there was sure to be some focus on the event and the new president himself. So it was no surprise really that Aziz Ansari's opening monologue on SNL delivered an important message about the aftermath. In addition to calling out Trump to take to Twitter to actually address real issues rather than call out an entertainer or an entertainment show for saying unflattering things about him, Ansari also introduced the idea of this "lower case kkk" movement that is sadly all too real.

He began his monologue by bringing up the elephant in the room and in this case, that referred to the republican elephant symbol. It's in SNL's nature to boldly address current politics. Throughout the election, the show was big on Alec Baldwin's Trump eerily accurate impersonations, so to have Ansari address the inauguration in his opening monologue was expected. But it probably wasn't expected for viewers to be faced with a monologue that was so politically relevant and spot-on that it almost didn't feel like an SNL monologue, but rather a poignant plea to the American people.

Ansari also brought up how an entire gender rose up against Trump today in a show of strength and opposition, referring to the many women's marches across America. He also addressed Trump supporters, some of whom seem to think that they can be openly racists now that there's a new president, saying for them to please go back to dialing it back down and that they "gotta go back to pretending."

Ansari referred to his idea of this "lower case kkk" as a smaller white supremacy group that is almost hidden, but according to Ansari, feels as though under Trump's presidency they can come out into the light now. One of the most important parts of Ansari's opening monologue on SNL though — other than the fact that while having the right amount of humor peppered in — was his message to Trump specifically.

He said that instead of Trump tweeting about Ansari and his dislike of SNL itself, as he's been known to take the time out of his seemingly busy schedule to do, he should tweet something important. And better yet, according to Ansari, Trump should use his powerful voice to actually take action. And now that he is actually in office and in a position to make powerful and positive impacts on the country and the world, you can only hope that Trump will find a way to take those wise words to heart and do just that.