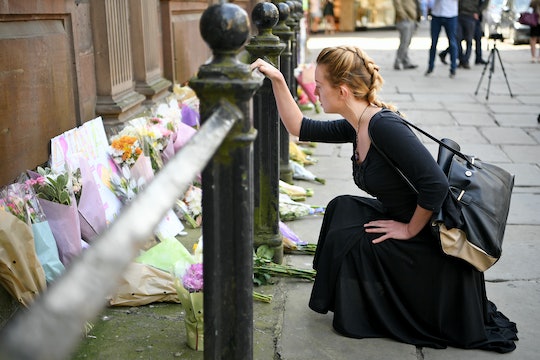 The thing about terrorism is that it's never expected, it's always shocking, and the attacks are meant to instill fear in people. When the attack, like Monday's bombing at an Ariana Grande concert in Manchester, England, is targeted at young children, it can be even harder to understand. Which is why coverage like the BBC's Newsround, which gave advice to kids following the Manchester bombing, is so important.

Ariana Grande is a pop star whose fans are diverse and span ages, but the 23-year-old appeals mostly to younger people, and there were many children among the 22 fatalities and 60 injuries from Monday night's attack.

BBC Newsround is a news outlet geared toward children, so it makes sense that they would be the voice of comfort following an attack aimed at young women. If you're having trouble explaining the attacks to your kids, or need some consolation as a grown up, BBC Newsround has your back.

Lewis James, Newsround's editor, told BuzzFeed that the coverage's mission was to provide "honest reassurance" to children and teens confused by the violence:

"And we can say to them: 'Yes, this is horrific, it is absolutely horrific, but it is outside the norm. This is unusual. The reason it is in the news is because it is an unusual event and that something like is very unlikely to happen to you or someone that you know.'"

Newsround's coverage of the attack and its advice to young people on how to cope is pretty straightforward and follows some reassuring themes.

It Urges Them To Remember That Terrorism Is Not Normal

Perhaps the most important piece of advice to children is to remember that events like Monday's bombing aren't every day occurrences. Or at least they shouldn't be. The report of the news and the following advice column is centered around knowing that this doesn't happen every day and so feeling shocked and scared is a normal response.

It Also Focuses On The Good, Without Sugarcoating Anything.

Newsround's report of the attack gets right to the point: Something serious happened. But it also focuses on the human response to the terror — that there were over 400 first responders who came out and worked through the night to help people and find the culprit. That taxi drivers woke up and left their houses, even though they didn't have to, to give rides to people who were stuck in Manchester because the train station was closed. That hotels and regular people looked out for children who were at the concert without their parents and alone. The facts of the attack aren't just about bombs and death and fear, but also the outpouring of kindness and empathy from strangers.

Adults can't hide things from children, but they can guide the conversation.

The most useful part of Newsrounds' coverage is the tips on how to cope with anxiety, sadness, and fear. It encourages young people to talk to an adult they trust, at home or school, about their feelings. Or talk about it with friends. It recommends telling someone about their nightmares or drawing them to help conquer their fear. It advises children to do things that make them happy, like playing outside, going for a walk, reading a book, or listening to their favorite song. It tells them to remember that although the traumatic event isn't normal, their feelings about the attack are normal. Seriously, that's the kind of advice adults pay therapists good money for. It's just about good habits for managing emotions.

It's not easy for anyone to process trauma, whether it's experienced personally or just from watching negative news too much. BBC's Newsround coverage for children was responsible and useful, which can be hard to find in the 24-hours news cycle. Everyone, despite their age, should probably bookmark it just in case they need it again sometime soon. Or just follow the outlet all the time instead of their regular media bubble in the name of their mental health.