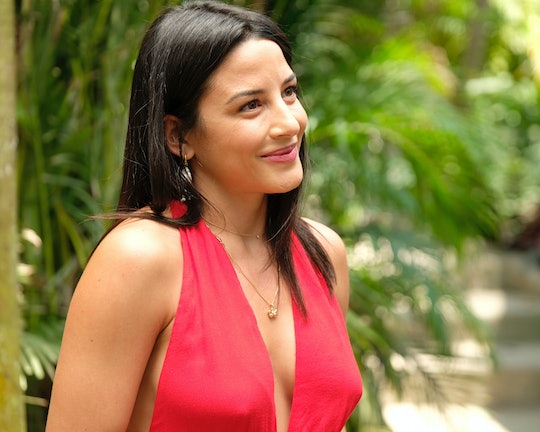 Bibiana made her Bachelor Nation debut on The Bachelor Season 22 and stole fans' hearts as one of the more fun loving and outspoken contestants. She wasn't a drama starter, but she did stand her ground with some of the other women and it wasn't long before she made fans out of those around her as well as everybody watching at home.

The way fans see it, however, it's confusing that more men on the show don't see all Bibiana has to offer.

In the middle of all of Blake's drama and pursuance of multiple women during the first couple of days on Bachelor in Paradise Season 6 and in the midst of other couples shacking up, Bibiana just wasn't able to make a connection of her own. After she didn't receive a rose at the first ceremony, she pointed out the night two drama she wasn't even a part of when she told the camera, "Maybe if I would have hooked up with Blake, I would have still been here."

But the fact that this wasn't Bibiana's first time being sent home early on a Bachelor franchise show makes it harder for her and more difficult for fans to understand. She keeps being brought back for a reason, because she has plenty to offer as a contestant on these shows. There's no clear reason why she just happens to be getting a bum deal every time she puts herself out there.

Last season when Bibiana was sent home early on the first time, she said in an InStyle article that she believed she just wasn't meant to find love last season.

"As cliché as this will sound, I believe everything happens for a reason," Bibiana said in the article. "I don’t think I was meant to find love in Paradise — although it would've been nice to at least find someone to sleep in AC with. By which I mean, the Boom Boom Rooms are the only rooms with AC."

Leave it to Bibiana to find a way to make a joke about an unfortunate situation. That's why she's such a queen to so many Bachelor in Paradise fans.

Bibiana also said in her InStyle article that being left out of the roses so early in the season did force her to question what she did wrong during her first season on Bachelor in Paradise, even if she later saw the situation as meant to be in her Bachelor Nation journey.

She still seems to be open to finding love in the franchise, however, so hopefully Bibiana will be given more chances to find her Mr. Right and get some roses for herself.