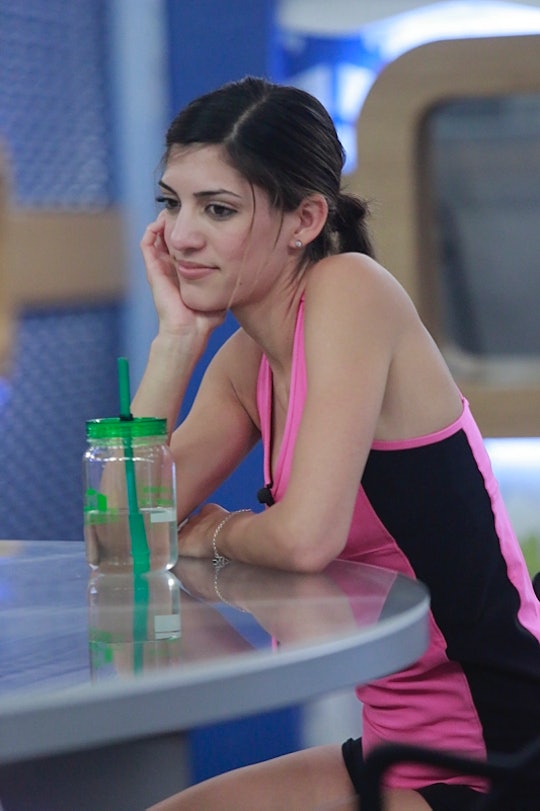 On Wednesday's Big Brother episode, Bronte broke down in the Diary Room about feeling as alone as she legit kind of is at this point in the game. Then she dropped a bombshell on the other members of the Spy Girls. It was a secret she was holding in since day one of being in the Big Brother house, and she just couldn't hold it in anymore. Bronte revealed that she's a mathematician on Big Brother, and what happened? Absolutely nothing. Natalie and Bridgette seemed to love being let in on her big #SecretNerd status, but other than that, nothing has really changed. Bronte's secret didn't really change the game for her and she's still playing it the same way as of right now. So what was the point, exactly?

Let’s be honest – we all expected Bronte’s secret on Big Brother to be something about herself that would have changed the game for her and those in her main alliance. Or, at the very least, something to shake things up and be worthy of her tears and that serious and suspenseful music that was playing as she worked up to revealing her secret to the other Spy Girls. But, no, it was nothing like that and Bronte's big reveal was a big nothing.

We have to hand it to her - the girl knows how to build up the suspense to make her alliance members actually care when her big secret was just that she is more of a nerd than she let on. The truth about Bronte is that she's is not an uneducated childcare worker, but instead a mathematician working on her degree to become an even bigger #SecretNerd. Or, you know, an outed nerd at this point.

Of all of the things that Bronte has done so far in the house, which include talking smack about some of the girls, being part of more than one alliance, and getting close to Paul for a little while, the secret Bronte revealed on Big Brother Wednesday night has got to be the least juicy thing she's done up until this point. Natalie and Bridgette were all about Bronte being truthful with them over anyone else in the house, so there's that, but what purpose does Bronte's reveal even serve at this point? Now the other Spy Girls know that she's a smart and nerdy Wifey Spy, but other than that, Bronte's big secret was a big letdown.