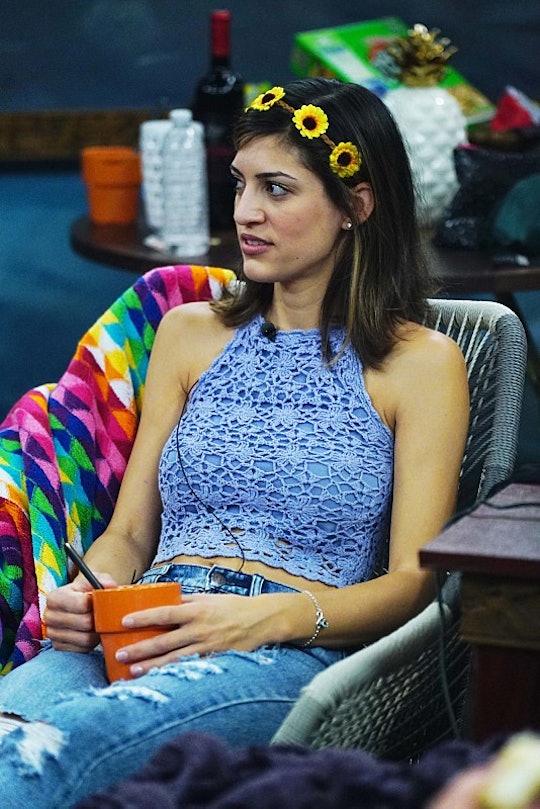 Bronte's Voice On 'Big Brother 18' Shouldn't Be Mocked, & Here's Why

If you were surprised by Bronte's voice when you first heard it on Big Brother 18, you aren't alone. While it is easy to point out the houseguests' flaws or annoyances at the beginning of the season, we can all agree that now is the time to focus on the important stuff. And Bronte's voice on Big Brother really doesn't matter in the grand scheme of things. Maybe Bronte isn't exactly the nicest houseguest so far this season, and she has definitely participated in her fair share of trash talking and downright rudeness, but it's also not fair to insult someone for something they have no control over, like her voice.

Bronte's voice on Big Brother isn't what's going to make or break her, and most fans have already gotten used to it. Go ahead and point out Bronte's inability to offer much to her Spy Girls alliance, or the fact that her ignorant words about James were just plain rude, but making fun of her for the sake of making fun of her isn't cool.

Bronte's voice does not need to be made fun of on Big Brother, partly because there's really no point to it, but also because at some point, it just becomes a tired and overused insult tactic. Bronte may not be the nice girl of the Big Brother house, but she doesn't need to have her voice made fun of or mocked every other day.

One of the first things we learned about Bronte, in her pre-show interview, was that she is a math whiz, working toward becoming a mathematician, and a statistic expert. She's also a huge fan of Big Brother and is no stranger as to how the game is played and won. Armed with her statistical facts and Big Brother knowledge, she's a pretty worthy opponent this season, which kind of outweighs the sound of her voice. (Let's assume she is joking in the gif above.)

She's A Member Of More Than One Alliance

Aside from her actual team, Bronte is also a member of two different alliances - the Spy Girls and the Anti-Vets. Now, it's hard to say just yet how strong either of those alliances will turn out to be, but being part of any Big Brother alliance, let alone two, is certainly better than being a floater who doesn't really know where they belong in the house. So yeah, good on her, right?

Her Voice Isn't Something She Can Really Change

It would be one thing to make fun of Bronte's youthful hair clips, or the fact that she seems to favor the brown lipstick of my '90s nightmares, but come on. Her voice is literally one of the only things she cannot change about herself, short of speaking with a deep, forced voice for the rest of her time in the Big Brother house.

The Voice Comments Have Nothing To Do With The Game

Bronte hasn't been an angel so far on Big Brother 18, we can all admit to that right now. And when she pairs up with Paul, things seem to take an even more Mean Girl-y turn for the worst. But fans or the other houseguests making fun of Bronte's voice doesn't really do much except show everyone the low blows that can be made just for the fun of it. And while Big Brother is a competition and not a friendship-building TV show, it doesn't do anyone any bit of good to make fun of the others just for fun.