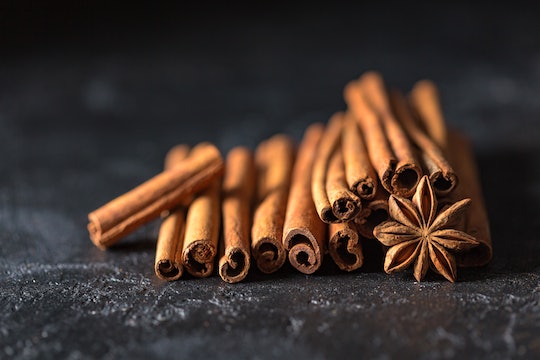 Searching for ways to induce labor feels a bit like the beginning of every joke. “Did you hear the one about the woman who ate a chili pepper and her water broke?” Whether you have heard that guzzling Sriracha, acupressure, eating pineapple, going for a walk, and even getting frisky between the sheets, is the thing that works, one thing is for certain — there is no shortage of ideas for moving things along. And, yet, it doesn’t stop the theories, like the one I heard recently — can cinnamon induce labor? To which every pregnant woman beyond her due date responded, “Well can it?!”

First of all, the root of the cinnamon rumor stems from the idea that a little bit of spice can help stimulate labor contractions. According to Pregnancy Magazine, some women believe eating spicy foods fires up the digestive system and causes contractions. Other people say, like black licorice, spicy foods help produce prostaglandin, which can ripen the cervix and increase contractions, noted Baby Center.

But experts say it isn't so.

“Cinnamon in tea definitely tastes good, but there is no clear evidence to suggest that it induces labor,” Dr. Sunny Jun, an OB-GYN and the co-founder and co-medical director of the San Francisco branch of The Colorado Center for Reproductive Medicine tells Romper in an email interview. “There needs to be more studies to demonstrate the effects of cinnamon intake on labor induction.”

Dr. Sherry Ross, OB-GYN and women’s health expert at Providence Saint John’s Health Center in Santa Monica, California, explains that suggestions given by friends, mothers, grandmothers, and next door neighbors include eating spicy foods, drinking special teas, intense exercise workouts, and acupuncture, all of which people say will “definitely” put you into labor.

“I have not heard that cinnamon can induce labor, but will add it to this list of common myths of labor-inducing foods,” Ross tells Romper in an email interview. “Unfortunately, these recommendations are also known as old wives' tales. If any of these suggestions put a woman into labor, then it’s just a wonderful coincidence.”

But some experts argue that while cinnamon in your oatmeal isn't going to induce labor, the spice in capsule form might cause uterine contractions. InfoBaby suggested only using it as a culinary spice in your diet, and limiting it to half a teaspoon or less per day, or about 3000 milligrams. The average cinnamon supplements can range from 500 milligrams to 2500 milligrams per dose, so it's best to steer clear.

So what are some safe and effective ways to induce labor then? Carley Mendes, a registered holistic nutritionist, childbirth educator, and expert at The Tot, tells Romper in an email interview that there are some natural ways to stimulate labor when a baby is full term, including walking, squatting, and climbing stairs to “move your hips and encourage your baby to descend.” Mendes says sex is also helpful in encouraging labor because “the prostaglandins in semen can help to prepare the cervix and the female orgasm can softly stimulate the uterus.” But, she cautions, sex is only safe if your water has not broken yet.

If you really want to go for it, then consider that nipple stimulation is also effective as it releases the hormone oxytocin, which can help stimulate contractions, Mendes says. No matter what, she says, it's important to keep in mind that inducing labor should always be approached with caution. "Once you stimulate labor either naturally or medically, the potential for further interventions or complications increases."

As for cinnamon, go ahead and throw a few sticks in your tea. It also won't hurt to stock up on Big Red gum or multiple boxes of Red Hots, but it sounds like it will be more of a treat than a means for encouraging your little one to make their debut. But, hey, keep poppin' the cinnamon and one thing is for sure: You'll smell awfully good when they finally do.