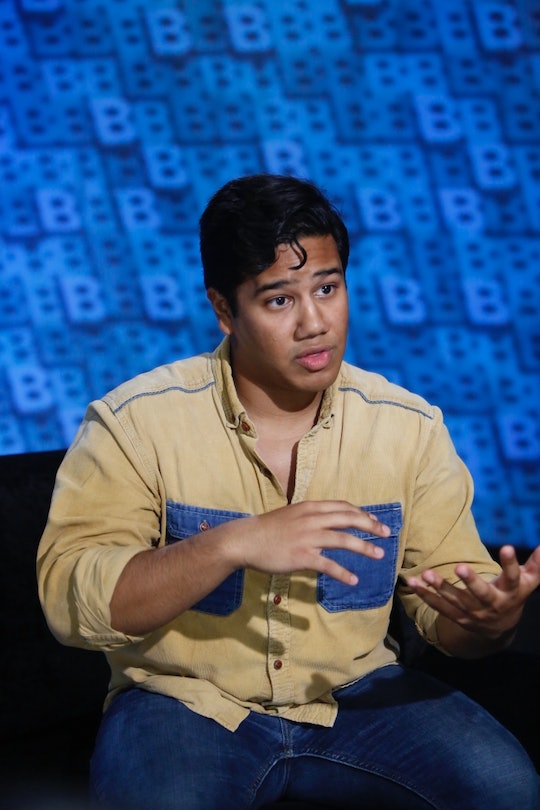 I am all for houseguests building strong alliances in the Big Brother house, but when those alliances turn around and target one of the least threatening houseguests, that’s when they need to check themselves. Ovi thought he was in the clear, but Christie and turned around and agreed to try and get him out as the first official nominee of the season. Before that happens, however, fans might be hoping that Ovi can use his Whacktivity power to save himself on Big Brother and get off the block before it’s too late. The power might honestly be his only hope, but right now, it's not looking good for the Big Brother super fan.

When Ovi won the first Whacktivity competition and was secretly given the nightmare power to take down the head of household’s nominees without telling anyone and keep it anonymous, it was the greatest gift he could have been given. That is, if Christie had put him up on the block right away. Since she didn’t and instead backdoored Ovi as a power of veto replacement nominee, it’s unclear if he will be able to use his new power to save himself or if it will leave the house along with Ovi, come Wednesday’s first eviction ceremony.

On Sunday’s episode of Big Brother, it was made clear that Ovi’s nightmare power is to be used to take the nominees off the block for the HOH to then replace without knowing who was in possession of the power. There was no mention of being able to use the power to save yourself if you are the veto nominee or whether the houseguests can use the power to save someone else as a veto nominee. So from where I’m standing, Ovi just won a power that is completely useless, given his current circumstances in the house.

On the other hand, there might be another guideline for the nightmare power that says it can be used after the veto meeting. Since Ovi is still technically a nominee, he might be able to use his Whacktivity power now in order to save himself and, in turn, force Christie to get her hands even dirtier than they already are as the first HOH.

Because of the way the majority of the house has seemingly teamed up against Ovi, Big Brother fans on Twitter are rooting for him in a big way. No one likes to see a floater houseguest backdoored in such a harsh way. He flat out asked some of his fellow houseguests if he was safe and was then reassured by them, only to have them turn around and confirm with their alliance that Ovi is still this week’s target. I get that, as the majority alliance, Gr8ful only has so many houseguests they can target to remain safe themselves. In that regard, Ovi was the smartest option for their collective game. But there might have been a better way to go about getting Ovi out of the house without blindsiding him first.

If Ovi can use his Whacktivity power, then he will have a second chance to not only prove himself in the game, but to get enough additional power to continue to keep himself safe. He will also have to build his own alliance. It is next to impossible to get through the season without friends who have your back. Ovi has proven that he can be plenty loyal, so there’s no reason to think he can't rally a few other houseguests to work with, should he be able to use his power and stay in the house.

If the stronger players came for him once, there’s a good chance that they might try to come for him again. And right now, Ovi definitely has the fan support. If he can come back from this near unanimous blindside, then Ovi can probably get through anything the other Big Brother 21 houseguests throw at him.