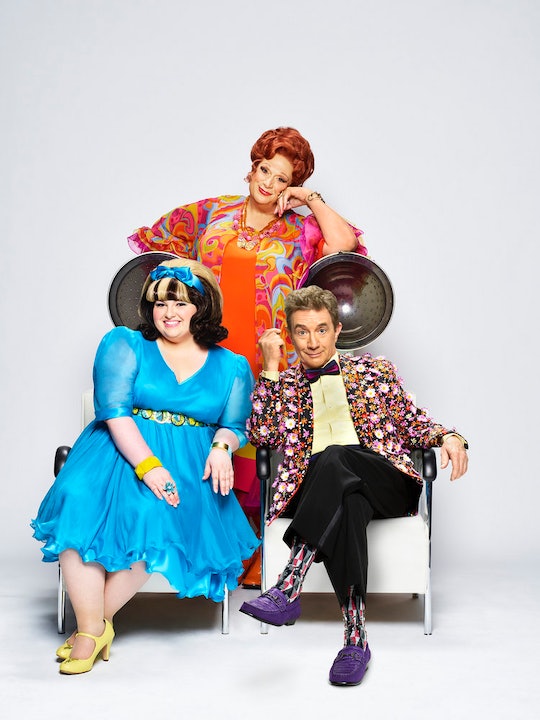 Can You Buy The 'Hairspray Live!' Album? You Can Pre-Order The Soundtrack Now

Hairspray fans might already know the words to all of the songs in the popular Broadway musical, but with the Hairspray Live! special set to air on NBC on Dec. 7, you’re going to want to hear the new version of the soundtrack. But can you buy the Hairspray Live! album right now? Actually, there are several places where you’ll be able to find the soundtrack for Hairspray Live! — once it becomes available, that is. For now, though, you can pre-order the album from Target and iTunes, but it comes out a lot sooner than you'd think.

Although Hairspray Live! premieres on Dec. 7, the soundtrack is due to be released on Dec. 2, five days before the musical even airs. So whether you prefer to have the digital download of the album (who doesn’t, though?) or the feel of a CD in your hands, you’ll be able to listen to the Hairspray Live! album over and over. Or, at least until you have the songs so ingrained in your memory that you somehow feel like you could do it better as you re-watch Ariana Grande and Kristin Chenoweth on the NBC special.

It’s no big surprise that the Hairspray Live! album will be available, as the soundtrack for The Rocky Horror Picture Show on FOX was released a couple of days after the network’s remake aired.

And while admittedly nothing can really beat the professional sounds that the cast of the Hairspray Live! musical has shown, via promos and their Macy’s Thanksgiving Day Parade performance, everyone has the chance to be the star of their own musical when they learn the words to every song. I can’t be the only one who played Grease's Sandy and Danny duets off and on as I sang into my mirror as a kid, right? Right? But that’s why having the soundtrack available as soon as possible is what fans are going to be needing after watching Hairspray Live!. There’s just something about an upbeat musical that makes you want to become a living room Broadway star for a little while.

Hairspray Live! is bringing to the small screen a variety of actors set to reprise roles that have been made famous in two different movies and a Broadway production inspired by the original 1988 film. Kristin Chenoweth will be playing the resident villain, Velma Von Tussle, while Harvey Fierstein will once again be taking on the role of Edna Turnblad, and Jennifer Hudson will be there as Motormouth Maybelle, to name just a few of the stars headlining the live NBC production.

The network is no stranger to live performances, as it has housed Saturday Night Live for decades and aired the likes of The Sound of Music Live! and The Wiz Live! in recent years. And now that the soundtrack for Hairspray Live! will be available so soon, there won’t be too much time between waiting for the album and watching the special.