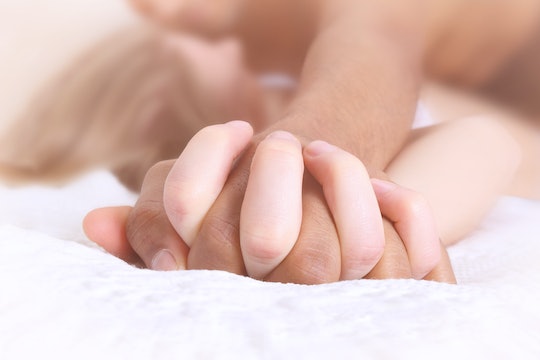 Can You Still Get Pregnant If Sperm Leaks Out? An Expert Weighs In

Sex, though fun, is messy business. There are a lot of fluids being swapped around and sometimes you don’t know what type of fluid it is or where it came from. And when you’re trying to conceive (TTC), you may feel like all you do is swap fluids on the regular, and are careful not to “spill” anything out — especially those little guys who need to fertilize an egg. However, no matter how carefully you choose your positions, sometimes it happens. But can you still get pregnant if sperm leaks out?

Thankfully, on average, a typical fertile male ejaculates 100 to 300 million “motile” sperm, according to Dr. Christopher Sipe of Fertility Centers of Illinois. Side note: Motile means they’re able to move properly. And even if your guy isn’t super fertile, the minimum numbers, according to Sipe, are typically “1.5 cubic centimeter of ejaculate with 15 million sperm per cubic centimeter, with more than 40 percent of motility.”

That’s a lot of swimmers. So what is that stuff that sometimes leaks out? It’s seminal fluid, and not necessarily sperm, which “contains all the nutrients and electrolytes the sperm need to survive in the vagina,” Sipe tells Romper. And even if the seminal fluid leaks out, by the time that happens, the ejaculation has already forced the sperm through the vaginal canal and on their way to where they need to go. And remember, “Although a couple needs more than 20 million swimming sperm to conceive with vaginal intercourse efficiently, even one single sperm can result in a pregnancy.”

So all that fluid that comes out after intercourse? Forget about it. The sheer force of ejaculation propels sperm 28 miles per hour through your vagina, according to Men’s Health. That’s a lot of force to help those guys along to fertilize your egg. So don’t worry if stuff “leaks out” after doing the deed. It’s probably either seminal fluid — or your own fluid — anyway. And the momentum the sperm has gets them up and through to where they need to go even before you stand up or move around.