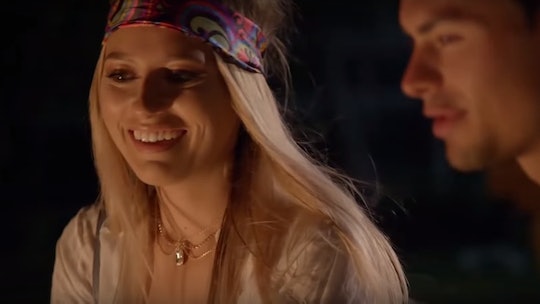 Cara might be the new kid on the block (or is it beach?) on Siesta Key, but she has fit in fine with the locals and other cast members. It probably helps that she once held a special place in her heart for Alex and he has kept the door to that relationship propped open on his end over the years. But she has shown time and again that she's over him and Cara’s Instagram from Siesta Key proves that she really is above the drama on the show.

Granted, she has still found herself in some of the drama since she arrived, but her Instagram paints the picture of someone with a lot of other stuff going on outside of the show. In other words, as Cara’s Instagram bio says, she is totally "unbothered" and you have to love her at least a little bit for that.

From the looks of her Instagram, Cara isn't dating anyone right now, at least not seriously, but she seems to be having fun without a boyfriend in the picture. And if there is a guy in her life, Siesta Key fans can rest easy knowing that it is more than likely never going to be Alex again. I think I just heard a collective sigh of relief from fans who are also tired of Alex's drama. She could, however, be dating Garrett, if this telltale photo is any indication of a budding romance. But for now, that's just speculation.

While Cara is Siesta Key besties with Chloe, she does have a handful of other close friends outside of the show. And when you are being filmed having arguments, going on trips that end in fights, and waking up to new drama with another cast member, having friends on the outside probably helps a lot.

Cara also seems to be really close to her family. Again, I can only imagine how easy it is to get swept into the drama of Siesta Key and her new TV family. So the fact that Cara is close to her parents and sister outside of the show is likely necessary to keep a level head.

Cara only has a few pictures with Chloe on her Instagram, but both Chloe and Juliette have liked a lot of Cara's posts. So believe what you will about Juliette hating that Cara is now in the inner circle, because the women are likely pals outside of the show now, despite sharing the same ex-boyfriend.

In addition to being a new cast member on Siesta Key, Cara works in human resources. But judging by Instagram, she might soon be getting into the modeling game like some of her co-stars. She recently posted a few professional photos and since it isn't unheard of for reality TV stars to dip their toes into Instagram modeling, more power to her.

The most interesting thing about Cara's Instagram, though, is the fact that she hasn't brought any of the Siesta Key drama to social media. Where some stars might be quick to defend their actions or another co-star’s snarky comments said on the show, Cara seems like she is more interested in watching the drama unfold while she tries to stay out of it.

I don't know how long she can keep that up, especially since she is another one of Alex's exes and he would probably gladly use her to make Juliette jealous if he could. Cara already ignited a little spat between Juliette and Alex just by being in town, but it looks like outside of the show, the worst of that is behind them. Right now, Cara is doing Cara and clearly living her best post-Siesta Key life.