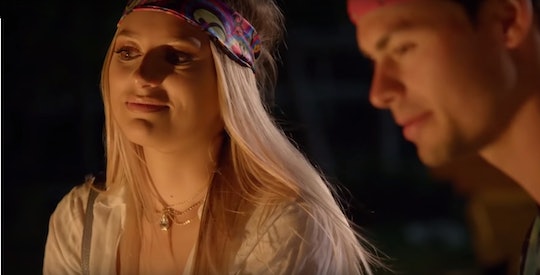 As if Alex wasn't already up to his neck in ex-girlfriends on Siesta Key, another one of his exes, Cara, came back to town for the summer this season. Obviously it was all in an attempt to ruffle Alex’s feathers and it has caused more issues for Juliette and Alex just as their relationship was going somewhere. But fans have a lot of questions about the newcomer and some are likely wondering what Cara’s Instagram is. The Siesta Keys newcomer had a life before she was added to the cast and her social media shows it.

She was already friends with Chloe, who was responsible for bringing her back to town for the summer, but she has a ton of other close friends who aren’t part of Siesta Key. She’s also close to her family and has lots of posts with her parents and sister. Most of the Siesta Key cast seem to be close to their families, who have been featured on the show over Season 1 and now Season 2. If Cara sticks around long enough, chances are, her family will also make an appearance at some point. But her Instagram definitely shows how close she is to her family and what her life was like before Siesta Key.

Admittedly, Cara’s life wasn't totally different before the show. Like most of her fellow cast members, she comes from an affluent family and her Instagram is full of photos on the beach or from different trips around the world.

Cara’s Instagram also makes it seem like she’s an animal lover, which might make her a fast favorite for some Siesta Key fans. She has posted photos of her dog and cat and there’s even a picture of her cradling a baby monkey on a trip to Bali.

So far on Siesta Key, Cara has made waves as Alex’s newest ex on the block. She’s not his most recent ex-girlfriend in terms of the show’s timeline, but she’s another reminder for Juliette that Alex has always been something of a player. In a recent Season 2 episode, Alex and Juliette temporarily broke up yet again and this time, he took the opportunity to shamelessly flirt with Cara. He made it seem like he meant nothing by telling her to "sit on Santa’s lap," but just by being back in town, Cara poses a threat to the future of his relationship with Juliette.

Despite the inevitable drama with Juliette and Alex, some of which Cara has already faced, she might still become a permanent Siesta Key cast member. Things are starting to heat up with Garrett, who is already part of the inner circle, and if her friendship with Chloe flourishes, Cara will have more than one reason to stick around.

Trouble seems to follow Alex no matter where he goes and what relationship he is in, and Cara’s arrival has only upped the ante on the drama in his life. It has also made for exciting episodes of Siesta Key this season, so for that alone, I don't see Cara going anywhere anytime soon.

Unlike some of the other Siesta Key cast members, Cara doesn't live in Florida full-time and you can see photos of her on Instagram at home in New Jersey. This definitely sets her apart from the other stars, some of whom live in Siesta Key all year round and others who are lifelong residents of the beach town.

Because Cara doesn't live in Florida, she might be more of a recurring guest cast member than a full-time star on Siesta Key moving forward, but she has definitely livened up the season.