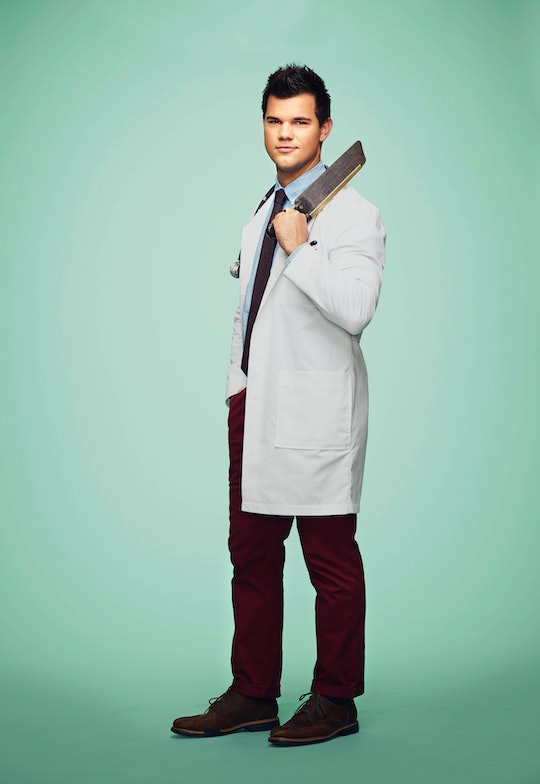 It didn't come as a huge shocker to learn that Cassidy Cascade is a Green Meanie on Scream Queens, but to learn that he isn't the only one just brings up more questions. When Nurse Hoffel confronted him, he assumed that she was the "other Green Meanie," but since's she isn't, it's safe to say that once again, there is more than one serial killer on Scream Queens. At the end of Episode 5, viewers learned that Cassidy was the baby of the man who was thrown into the swamp 30 years ago, and when he came home to his mom at the end of the day, he told her he would "take care of" those at the hospital who were wondering about the identity of her baby. So obviously his idea of taking care of the problem is killing pretty much everyone around the Chanels.

Again, it's not a total shocker, but what followed the reveal of Cassidy as a Green Meanie on Scream Queens was the revelation that he isn't the only one. He asked Nurse Hoffel if she's the other killer and admitted that he hadn't killed every victim so far in the hospital. And later, he gave Hoffel her own Green Meanie costume, meaning that there will now be three killers roaming through the halls of the hospital.

Cassidy's motive as a Green Meanie is obviously to avenge his father's death that the hospital was responsible for, even if the staff that committed the crime is long gone. But who is the other Green Meanie on Scream Queens? It has to be someone with a totally different reason for killing than Cassidy's, so it also begs the question of which kills were his and which belonged to the other Green Meanie in question?

Unlike Hoffel, Cassidy doesn't really have a link to the Chanels and was actually dating Chanel Number Three for a little while, so he likely doesn't have much of a reason to kill them, but whoever the other killer is has obviously wanted to target the former sorority sisters and even tried to kill Chanel Number Five. Now, though, Hoffel is apparently the third Green Meanie and everyone can pretty much assume that she's going to use her shiny new costume to start killing off the Chanels.

Cassidy Cascade is a Green Meanie on Scream Queens, but with five or so remaining episodes of the season, there's likely going to be a lot more to his need for blood that what viewers have seen so far. And all of those theories that pointed at other characters as the killer this season could still very well be true, since there is still a mystery Green Meanie out there.