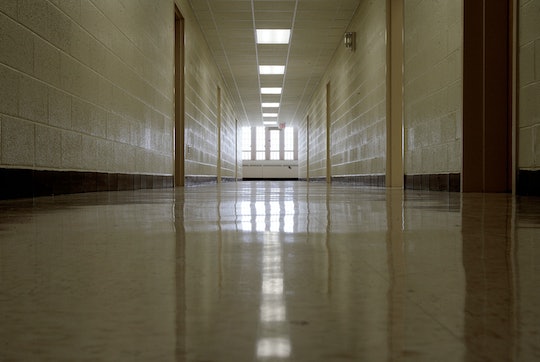 Everyone is different. We all know this, and yet there hangs in the air this oft-touted concept that individuality, that self-expression is something to be feared. Or worse yet — punished. One charter school in Massachusetts struggled recently with this sort of aversion towards self expression. Thankfully, we appear to live in a world now where kids understand their right to self-expression; and in this case, their right to celebrate their heritage. After much protest, the charter school lifted its ban on hair extensions, which were being used primarily by black students. Because however you may slice it, telling black students they have to conform to a certain type of hairstyle is simply not OK.

The Mystic Valley Regional Charter School in Malden was thrust into the spotlight after 15-year-old twin sisters Deanna and Mya Scott were reportedly punished for using braided hair extensions, according to CBS News. The girls both received detention, and were not allowed to participate in certain sports or join the Latin Club because of their hair extensions. Mya told CBS Boston:

I was really excited to be celebrating my culture because I have white parents and it's very important to participate in the culture.

Deanna noted that she believed the policy was racist; several parents noted that it is against school policy to color your hair, but teachers and administrators were not enforcing that particular rule. Deanna told CBS Boston:

What they’re saying is we can’t wear extensions, and the people who wear extensions are black people. They wear them as braids to protect their hair and they’re not allowing us to do that.

The Mystic Valley Regional Charter School did not immediately respond to Romper's request for comment.

The American Civil Liberties Union filed a complaint against the charter school on May 15, according to ABC News, claiming that this school policy of banning hair extensions was violating the state's anti-discrimination laws. School Interim Director Alexander Dan issued a statement attempting to justify the ban after the ACLU wrote a letter to the school, explaining that the school was attempting to keep students from differentiating between socioeconomic class:

The specific prohibition of hair extensions, which are expensive and could serve as a differentiating factor between students from dissimilar socioeconomic backgrounds, is consistent with our desire to create an educational environment, one that celebrates all that students have in common and minimizes material differences and distractions.

The school administration can paint it however they like — when a school policy appears to single out one particular kind of student (especially one particular color of student), the policy needs to go. And so it is, for now.

Mystic Valley Regional Charter School trustees met to discuss the ban on Sunday, and chose to lift it for the rest of the year. The school trustees have also decided to review the rest of the school's makeup and hair policies. The Massachusetts Attorney General's office has also stepped in, writing a letter to the school saying that it cannot enforce the hair extension ban, noting that the ban appears to "effectively single out" students of color. The school released a statement after ending the ban for the rest of the year that read in part:

We will work collaboratively with the Attorney General's office to make sure that the policy is consistent with our long-standing commitment to the rights of all our students.

The girls' mother, Colleen Cook, told NBC News that she was pleased with the decision, but was not ready to give up the fight until the policy ended permanently and her daughters' school records were wiped clean (each of the girls was given 16 detentions for violating school policy).

Our fight is not over until the policy is permanently removed. We will not stop until our goals are met.

Unfortunately, the incident at Mystic Valley is not the first time students of color have been singled out by seemingly arbitrary school policies. A 16-year-old black student in Monroe, Louisiana, named Jaylon Sewell was forced to leave class last November for having "Odell Beckham-style" hair. He was suspended from school, along with 20 other black students, for their hairstyle choices, according to New York Daily News.

In 2015, a 13-year-old student was sent to see the principal at her Toronto school because her natural hair was reportedly "too poofy." The principal was concerned the hairstyle made her look "unprofessional," according to The Huffington Post. I'm not sure how professional an eighth-grader is meant to look. Perhaps this principal could give us all a lesson.

This sort of antiquated, subversive racism that tries to hide behind "policies" is on its way out. It's not who we are supposed to be. And it's definitely not who we want our kids to be.