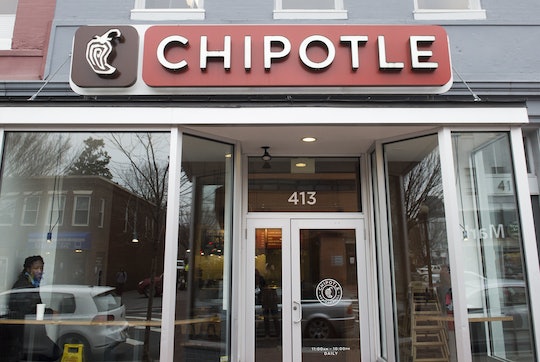 The embattled "fast casual" Mexican chain Chipotle has been dealt yet another blow. USA Today reported Wednesday that Chipotle was served with a federal subpoena in December in connection with the norovirus outbreak at one of its California restaurants last August. The subpoena requires the chain to hand over documents relating to its Simi Valley, California, location. Chipotle confirmed in an SEC filing Wednesday that it was notified of a criminal investigation being conducted by the U.S. Attorney's Office for the Central District of California, in conjunction with the Food and Drug Administration's Office of Criminal Investigations, according to USA Today.

If this news sounds familiar, you may be confusing it with one of the many other outbreaks Chipotle's allegedly been host to in the past few months. Also in August, salmonella-tainted tomatoes in 22 Minnesota Chipotle locations sickened over 60 customers, according to CNN. An E. Coli outbreak connected to Chipotle has been spreading across the country, now affecting over 50 customers in nine states from California to Pennsylvania, and the CDC still doesn't know what's causing it. And, another norovirus outbreak affecting 141 Boston College students was linked to Chipotle in December.

In the SEC filing on Wednesday, Jack Hartung, Chipotle's CFO, said "We intend to fully cooperate in the investigation," according to Chipotle's website. "It is not possible at this time to determine whether we will incur, or reasonable estimate the amount of, any fines, penalties, or further liabilities in connection with the investigation pursuant to which the subpoena was issued."

Although USA Today noted that the chain suffered a 30 percent loss in sales in December, some hardcore fans are unfazed by the news: