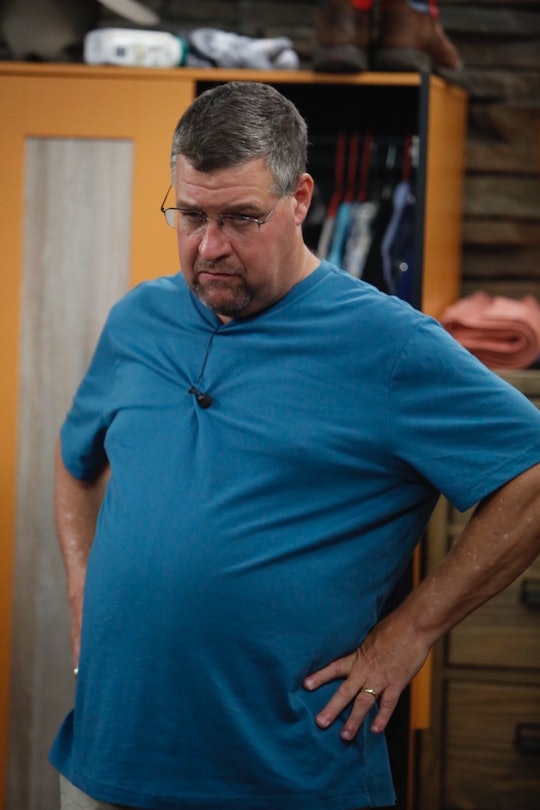 Cliff Played Himself On 'Big Brother' Thanks To Cliff Notes

Alliances can be a fickle thing on Big Brother. If the wrong person finds out that certain houseguests have an alliance that they aren't a part of, the information can become ammo to use against the alliance members. This is especially true if the alliance is small, like Cliff, Ovi, and Nicole’s the Fellowship of the Zing. Unfortunately for them, Cliff accidentally outed them and Cliff Notes on Big Brother could mean the downfall of the alliance. Cliff is only one part of the three-person alliance, but another third of the Fellowship of the Zing is in Camp Comeback, so there’s little chance of them succeeding without Cliff there to participate in competitions.

It’s all thanks to Cliff’s Cliff Notes on Big Brother. His favorite routine in the house is waking up early every morning to have a quiet cup of coffee and talk to the cameras in a room by himself. He typically summarizes the goings on in the house and his own theories on who is aligned with whom. One morning he talked about his new alliance and, unbeknownst to him at the time, Cliff Notes was overheard by Christie, who fed the information to her own alliance, Gr8ful, and now Cliff is probably doomed.

When Nick became the new Head of Household, it was one of the worst case scenarios for Cliff and his alliance. The Fellowship of the Zing had the potential to gain a little more traction, especially if Ovi makes it back into the game after Camp Comeback is over. But Nick used his HOH to put Cliff on the block for eviction to squash the alliance before it could rise up and be real competition for Gr8ful.

But let’s be honest — the Fellowship of the Zing poses no threat to Gr8ful right now. A few of the house floaters found themselves in a situation where they could work together and they took the opportunity. But Ovi can't even compete in competitions right now, so he doesn't have the potential to use a power against Gr8ful. Nicole and Cliff could rise up, but they are just two people against another alliance which has the house votes on its side.

It made sense for Nick to target Cliff because of the Fellowship of the Zing so he could nip the potential competition in the bud. What Gr8ful doesn't realize, however, is that the houseguests in their dominant alliance are running out of targets. It won't be long before they need to turn on each other or break off into smaller alliances themselves. It might be a good idea for some of them to have worthy players like Cliff, Nicole, and Ovi on their side. Instead, Cliff inadvertently played himself with Cliff Notes and he might be the next houseguest sent to Camp Comeback.

If that happens, it doesn't necessarily mean that Cliff will go home. It does, however, mean that he is that much closer to being sent home and out of the game permanently. The next Thursday eviction episode will also show fans which of the four houseguests in Camp Comeback will get to go back in the game. The remaining three will be sent home. That means if Cliff is voted out of the house Thursday, he won't even get another week to play a social game in Camp Comeback.

There is still the Veto competition, which will give Cliff a chance to come back in the game before anyone can vote him out, but if it comes down to Cliff and Jessica, he technically poses a bigger threat than she does right now. By talking to Big Brother cameras in what is essentially his video diary, Cliff might have written his own ticket home.