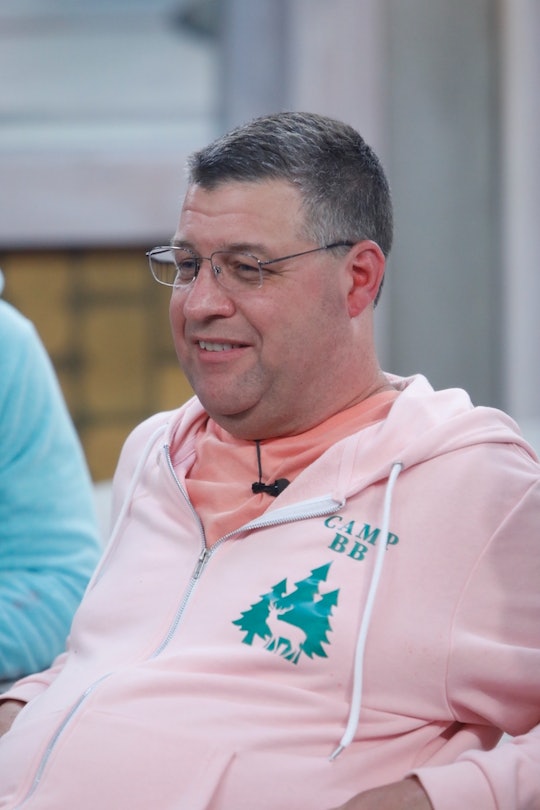 Alliances are key on Big Brother. You can't get the support you need if you're on the block for eviction and you don't have allies in the house. You also can't make moves without friends there to back you up. So when a new alliance on Big Brother popped up in Thursday's episode, it made sense. Ovi, Nicole, and Cliff found friends in each other as three floaters who haven't yet been called on to join any of the already established alliances.

After three weeks of Gr8ful, then a failed all female alliance, and other mini alliances between some of the houseguests, fans on Twitter welcomed the newest alliance, aptly called the Fellowship of the Zing. Since the name is probably in honor of Big Brother's own Zingbot, I give the alliance extra brownie points.

Whenever there are houseguests who don't already belong in an alliance, it makes sense for them to band together to work on their own game together. It didn't take long for these three to find each other in a hopeless place. As in, the Big Brother house, which could use a new alliance to shake things up. And since Nicole's original alliance, Black Widows, fizzled out faster than it took to form, she made the right choice in forming a new alliance that might have more meat to it.

The one thing that could lead to the downfall of the Fellowship of the Zing is Cliff's Cliff Notes. He explained in Thursday's episode that his morning routine includes talking to the cameras alone to go over updates from the house. Christie overheard him mention his new alliance with Ovi and Nicole and that could lead to trouble for them. If not, the three of them could work well together for a while.

Nicole has already shown that she's trustworthy and if Black Widows had survived Bella's loose lips, she could have been an even stronger force. Ovi also seemed ready to devote himself to an alliance before Gr8ful turned on him. And I'm sure Cliff is just relieved to have some allies in the house.

I don't know if it's the name of the alliance or the fact that there's finally an established alliance other than the majority one, but fans on Twitter are standing behind the Fellowship of the Zing.

The only thing that could make the Fellowship of the Zing better would be if David joined it because he, too, is a floater this season. And like the three members of the alliance, David has proven himself to be down to earth, honest, and more interested in playing the game than willingly playing other people.

Right now, however, Ovi, Nicole, and Cliff are working on their own schemes and hopefully they can last longer than the other minor alliances have this season. That might be hard with Gr8ful (and Sam) consistently posting up in the Head of Household room and calling all of the shots. The houseguests in Fellowship of the Zing just need to play their collective game right to gain power of their own.

The Fellowship of the Zing won't be strong enough to beat Gr8ful in every important competition in the next few weeks, especially with one of its members in Camp Comeback. The alliance will, however, be three less votes to work with the majority of the house. And right now, the Big Brother house is in need of some balance. Gr8ful will crack eventually, but until then, alliances like the Fellowship of the Zing will need to stay strong to try and keep them in check.