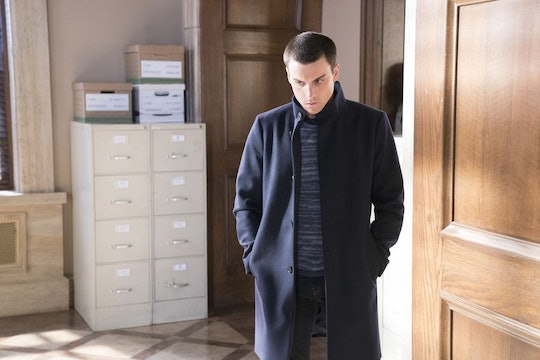 Remember the good old days of How To Get Away With Murder when the biggest problem was Laurel and Frank hiding their hookups and the students fighting for the best grades? OK, maybe there weren’t too many innocent days to start, but lately, it seems like the people around the Keating Four are dropping like flies. And if the death of Season 4 is as impactful as it seems, it’s hard to ignore the clues that Connor dies on HTGAWM before the winter final is over Thursday night.

For most of the fans who have been diehard Connor supporters from the beginning, losing him would put a big dent in the show. Some might even say that killing Connor off would have a bigger impact than when Wes was murdered back in Season 3. With that in mind, it might be difficult to believe that he dies this season, but there are some pretty undeniable clues that this beloved character doesn’t make it through the season, as sad as that might be to handle.

Mostly, the flash forwards of HTGAWM are always helpful for figuring the biggest clues about each characters’ fates, and in some ways, that’s where the theory about Connor’s potential death comes from. But there are also some other reasons why now is the time to kill Connor off, even if literally none of us are ready for that.

He Still Hasn’t Been Shown In The Flash Forwards

This probably goes without saying, but in all of the flash forwards this season, Connor was never shown. We saw Laurel, Frank, Asher, Michaela, Bonnie, Annalise, Oliver, and even Isaac, but there’s been so sign of Connor in present day.

Although they haven’t been showing their BFF stripes as much this season, Michaela and Connor are best friends and as such, if he were to die, she would be devastated. When Isaac approached her outside of the hospital nursery, she had blood on her and asked a tearful, "He’s dead, isn't he?" And during the whole exchange, she seemed totally broken.

He’s Made More Progress This Season Than Ever Before

This season, Connor started off on shaky legs, unsure what to do with himself, especially since he dropped out of school. But he eventually started working with Annalise and found a cause he cared about, rather than just doing something because it was expected of him (law school). He also asked Oliver to marry him, which was a huge step in their relationship. Overall, Connor’s in a better place than we’ve ever seen, so losing him at this point would be a harder loss than it would have been, say, last season, when he wasn't so likable.

He's At The Caplan & Gold Party

In the promo for the winter finale episode "Live. Live. Live.", you can see Connor at the party Michaela was tasked with throwing at the Caplan & Gold firm. In the flash forwards, there was clearly a crime committed at the law firm and if Connor was there hours before, then he could have easily been the victim, especially as Oliver seems to be in shock.

The Show Isn't Afraid To Kill Off Main Characters

Since killing Wes off last season, the series has set a new sort of precedent. It proved that the nobody is safe. And, if they did it once, they could do it again.

In a perfect world, Connor will be alive in present day and possibly off with Laurel’s baby, keeping him safe. But since there are a good amount of clues that point to Connor dying, it’s hard not to be on high alert for the former bad boy of the show. There’s no doubt that the HTGAWM winter finale is going to end on an intense note for the winter break, but let’s just hope that Connor makes it out of the finale alive.