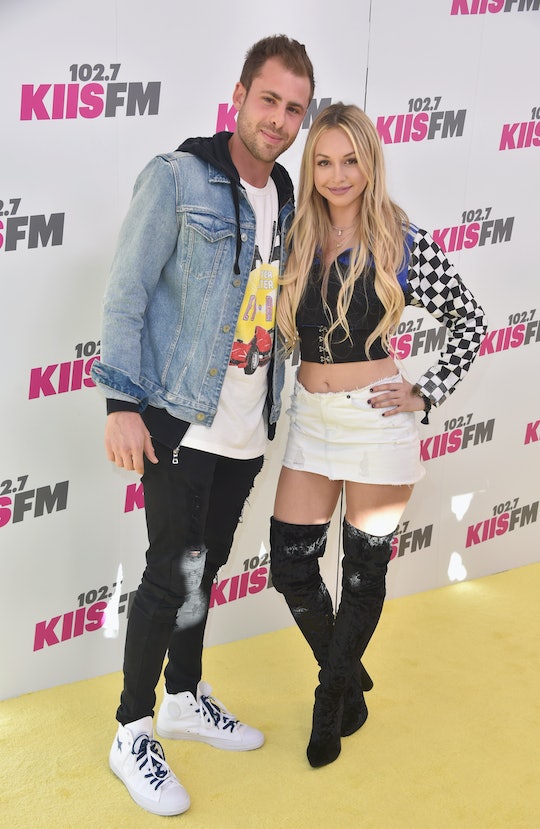 After Warner Bros. concluded its investigation into allegations of misconduct on the set of Bachelor in Paradise — which reportedly found no evidence that supported the claims — the significant other of one of the contestants at the center of the scandal has decided to speak out. On Thursday, in an interview with E! News, Jordan Gielchinsky, Corinne Olympios’ boyfriend, said he supports her following the allegations that abruptly shut down production of the hit reality series earlier this month. Like many other fans of the show, Gielchinsky also said that he wants to gather more information about what all went down that day before he makes a full comment. But until then, he’s standing by her side.

"I have known Corinne for over 10 years and as a friend or boyfriend, she will continue to receive my unwavering loyalty and support until I decide that there is a legitimate reason not to give it," Gielchinsky told E! News.

The Bachelor in Paradise controversy dominated headlines earlier this month after producers of the show decided to look into allegations of sexual misconduct between Olympios and DeMario Jackson, the other contestant who was allegedly involved. Both of whom had reportedly been drinking heavily all day and Olympios was allegedly too drunk to give consent, according to People. (Warner Bros. found no misconduct took place.)

Despite media reports about Gielchinsky's thoughts on the matter, he told E! News it's all "speculation" and he needs more information before coming to a conclusion about the ordeal. He explained in the same interview:

Anything the public may perceive that is coming from me is pure speculation. There is an ongoing inquiry that must follow a course to its conclusion before I can fully comment. I pay very little attention to the media and try to ignore all the conjecture surrounding my relationship with Corinne. The only two people who know the true disposition of our relationship is Corinne and I.

Last week, Olympios issued a statement regarding the alleged incident on the set of Bachelor in Paradise, calling this her "worst nightmare" as a woman, according to People. She has since reportedly hired a legal team to look into the allegations as well.

"I am a victim and have spent the last week trying to make sense of what happened on June 4," Olympios told People in a statement. "Although I have little memory of that night, something bad obviously took place, which I understand is why production on the show has now been suspended and a producer on the show has filed a complaint against the production."

While Warner Bros. cleared its production team of misconduct allegations and is set to resume filming in a matter of days, the company told Romper in a statement that they "plan to implement certain changes to the show’s policies and procedures to enhance and further ensure the safety and security of all participants."

Although Warner Bros.' side of the investigation is complete and the show will be back on track very soon, Olympios' lawyers are still reportedly going forward with theirs — a move that may indicate something troubling could still be uncovered regarding these allegations. And whatever unfolds in the coming days and months, Olympios' boyfriend has shown that his support is unwavering.