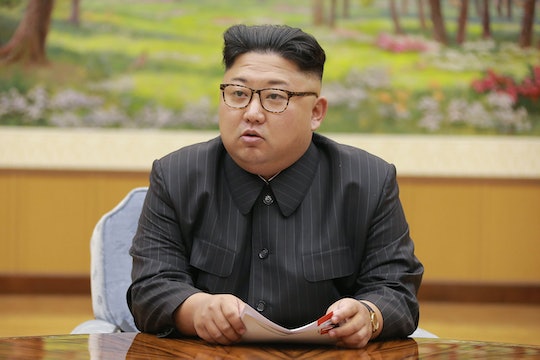 Could The US Survive War With North Korea? Trump's UN Speech Was Terrifying

On Tuesday, President Donald Trump delivered his first address to the United Nations General Assembly in New York. It went about as well as you could expect from Trump at this stage in his presidency — and that was with prepared remarks. And like so many times Trump has been given a speech from which to read, he definitely wandered into "is he actually saying this out loud" territory, including threats to "totally destroy North Korea." Trump's ramped up rhetoric with the nuclear trigger-happy east Asian nation has plenty of Americans worried: Could the United States survive war with North Korea?

American Civil War General William Tecumseh Sherman famously said, "War is hell." War with North Korea, on the other hand, is downright stupid. I don't say that to belittle the military might of North Korea, but rather to chastise our president for what would be one of the dumbest geopolitical moves of recent memory if America actually went to war with North Korea. Trump has been particularly outspoken about North Korea's leader, Kim Jong Un, but Tuesday's U.N. address went to a whole new level of WTF-ery when Trump called Kim "Rocket Man" — and not as some kind of weird homage to singer Elton John, either.

Trump has ramped up his rhetoric against North Korea considerably in recent months. While on vacation in early August, Trump warned "North Korea best not make any more threats to the United States," telling reporters from his Bedminster, New Jersey, golf resort the nuclear-capable country would "be met with fire and fury like the world has never seen." Tuesday's remarks at the U.N. General Assembly can be added to the White House's unofficial "Things That Aren't Helping, Don" file on North Korea.

Retired U.S. Army general Mark Hertling told CNN in August that the first thing we'd see is the evacuation of U.S. citizens from South Korea, and this must be accomplished well before the first shot could ever be fired. As a strategic U.S. ally, South Korea would a prime collateral target in a war between the United States and North Korea, and there are as many as 230,000 Americans living in South Korea, according to The Korea Times.

Melissa Hanham, a senior research associate in the East Asia Nonproliferation Program told Business Insider that military analysts have "run the models. They've run the numbers," adding that armed conflict with North Korea would not be "without chaos and enormous death and damage to the world." Could the United States survive? Sure — but at a cost far greater to the world than I think with which even Trump would be willing to gamble. Here's hoping, at least.