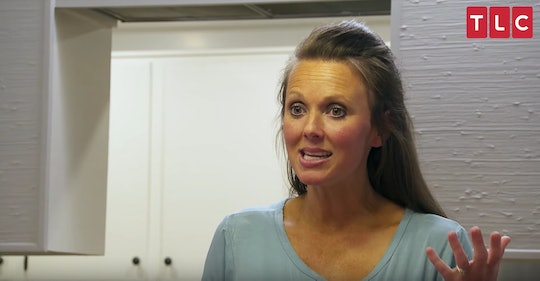 Sweet Home Sextuplets just kicked off its second season and with it comes first steps, developmental milestones, developmental milestone anxiety, and an increasingly cramped house as the Waldrop sextuplets round the corner on their first birthdays. With chaos closing in on them, Courtney and Eric contemplate selling their house on Sweet Home Sextuplets in this exclusive clip, but it's a decision fraught with conflict.

Eric loves what was once supposed to be their "forever home," which is now decidedly too small for a family of 11. The original plan was for Courtney and Eric to raise their kids in the house they currently live in and then pass the home on to them. But Courtney points out that they aren't doing anything with the considerable amount of land their property sits on. (It was supposed to be used as farmland, but having nine kids with two sets of multiples appears to have put a damper on the couple's ability to juggle livestock on top of family.) As Courtney puts it, the property has become more of an expense than anything and she thinks it may be wise to sell the whole thing and use the money to buy a bigger house on a smaller plot of land.

Courtney's stress is only mounting as the family approaches their first Christmas as a brood of eleven. It starts to dawn on her, and she shares with Eric, that buying presents for nine kids individually every year is going to generate a ton of clutter. Tasked with being the sole manager of the household (and its chores), Courtney seems overwhelmed by the prospect of keeping everything organized as the sextuplets become mobile and the kids start to take up more space.

"I know it's Christmas and we'd rather be focusing on that right now, but it's still really stressing me out that I don't know what Eric's thinking in terms of the house," she says in the clip above, exclusively obtained by Romper. "We don't normally disagree when it comes to what's best for our family, but it's just been really frustrating because I don't feel like keeping our land and house is going to solve our space issue."

Eric, meanwhile, seems governed by his emotional attachment to the house. "It's just really, really tough to think about getting rid of it," he says heavily in the clip.

His proposition is to attempt a remodel, but Courtney thinks the time, money, and mess involved in redoing the house would just compound their issues — not solve them. While Courtney agrees that a move would be emotional, she thinks avoiding the chaos of construction with six one-year-olds and three older kids is worth it.

"Think about all the memories we have here, how special this place is to us," Eric pleads, trying to change her mind. "We raised our three boys here, brought our six babies home here. Almost ten years of memories and if we do go through with [moving], you realize this could be our last Christmas in this house."

In the end, Courtney agrees to table the conversation until after Christmas at Eric's request, but it seems pretty clear that her anxiety isn't going anywhere. She's still going to have to deal with her emotional burden, even if Eric ignores it. You can find out how the issue gets resolved when this season of Sweet Home Sextuplets airs Tuesday nights on TLC.