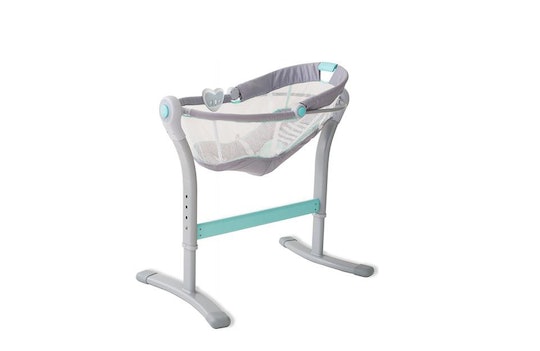 "Although CPSC is not aware of any incidents or deaths involving the Summer Infant SwaddleMe By Your Bed Sleeper, CPSC urges consumers to stop using the product immediately," the agency said.

The CPSC said it has "not yet reached an agreement to recall the SwaddleMe By Your Bed Sleeper" with Summer Infant, but plans to "continue pressing for a recall."

"The product is no longer being sold by any major retailers," Summer Infant Inc. says.

Similar inclined sleepers, including more than 4.7 million Fisher Price Rock n' Play Sleepers in April 2019, were previously recalled after being linked to 32 infant deaths, according to Consumer Reports. Prior to that, however, the American Academy of Pediatrics (AAP) released a statement calling for a recall. "This product is deadly and should be recalled immediately," AAP President Kyle Yasuda said. "When parents purchase a product for their baby or child, many assume that if it’s being sold in a store, it must be safe to use. Tragically, that is not the case. There is convincing evidence that the Rock ‘n Play inclined sleeper puts infants’ lives at risk, and CPSC must step up and take immediate action to remove it from stores and prevent further tragedies."

For a safe sleep environment, the AAP recommends infants "sleep on their back, on a separate, flat and firm sleep surface without any bumpers or bedding."

Summer Infant Inc. tells Romper that the SwaddleMe By Your Bed Sleeper has "significant design differences from other inclined sleepers." The company said that the "CPSC is developing new rules for this category" and "we fully support that process, along with any new rules, once they have been set."

If you have a SwaddleMe By Your Bed Sleeper and are concerned about the warning by the CPSC, the government agency is recommending that you stop using it immediately.