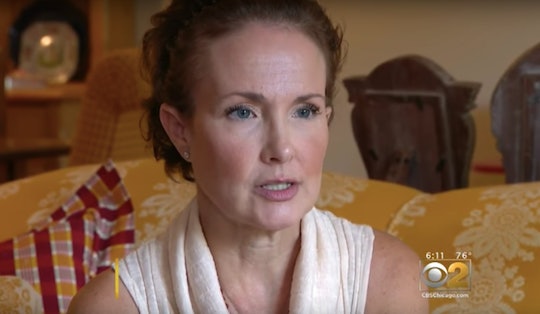 I've spent a lot of time trying to figure out when the shift in parenting happened. When people stopped trusting each other's autonomy as mothers and fathers, when the rest of the world felt not only entitled, but somehow duty-bound to offer their unsolicited opinions about decisions parents make. I have yet to unpack how this happened and why, but I have a feeling it's going to get worse before it gets better. Because now people seem to be involving the authorities before knowing the whole story. And recently, as NBC Chicago reported this week, DCFS was called on a mom for letting her child walk their dog alone in their neighborhood.

Corey Widen, a 48-year-old stay at home mom living in the suburbs of Wilmette, Illinois, wanted her 8-year-old daughter Dorothy to learn a little healthy responsibility, according to NBC Chicago. So she asked her to walk the family dog, Marshmallow, on her own for a few minutes. Just a short walk, as Widen explained to NBC Chicago, to give her daughter a sense of independence. "She was gone for five minutes. I was in the backyard and I could see her through the yard," she told the news outlet.

Seems to me, this sounds like one of those solid parenting decisions each of us tries to make in a day. Moments when you look to the future and try to come up with ways to help your kid become a solid human being down the road. Apparently, not everyone agreed.

According to Widen, as TODAY reported, a neighbor saw Dorothy out walking Marshmallow and then proceeded to call the police. The anonymous neighbor reportedly told local police that a 5-year-old child was out walking unaccompanied by an adult for a significant amount of time, according to People. When the police came to her door, Widen told CBS Chicago that she reportedly had a discussion with a female officer who felt there was no need to move further. Upsetting, I'm sure, but one would have expected that was the end of that, right? Nope.

Two days later, the Illinois Department of Child and Family Services were called, according to TODAY, not by the local police, but reportedly by someone in the neighborhood.

DCFS told Romper via email that the case has since been closed and issued the following statement:

The hotline narrative said the caller reported that the child was 5 years old or less. The caller reported calling police before about the girl playing in a parking lot. We went out and investigated, and the investigation has already been unfounded. The case is closed. We don’t control the calls that come into our hotline. Something made someone think there was a concern, and we don’t know without checking it out.

DCFS launched an investigation and then, as Widen explained to CBS Chicago, she had to hire a lawyer to help her out of the sticky situation.

While the investigation was reportedly resolved after 2 weeks, Widen told the Chicago Tribune that she believes this was a "crazy waste of resources" I know what she means, although I want to be clear in saying that I don't think the local police or DCFS did anything wrong here — they were simply doing their job. If there's a suspicion of neglect, they are absolutely supposed to follow up and make sure kids are safe.

The real issue here is mom judgment. Someone peeking out from behind their curtain (or from behind their keyboard as the case may be) making snap decisions about what a parent should or should not be doing. Watching people with a suspicious eye, assuming the worst, not bothering to get all of the information.

Widen is certainly not the first mother to be erroneously called out for her parenting decisions by a stranger, and I'm afraid she won't be the last.

More Like This
Exclusive: Your Favorite Yeti Is Back With More Adventures In New 'Abominable' Series
10 Horror Movies With Creepy Kids That Will Scare The $#*% Out Of You
The Complicated Targaryen Family Tree From House of the Dragon Explained
Firefly Lane Is Coming Back To Netflix For One More Final Season