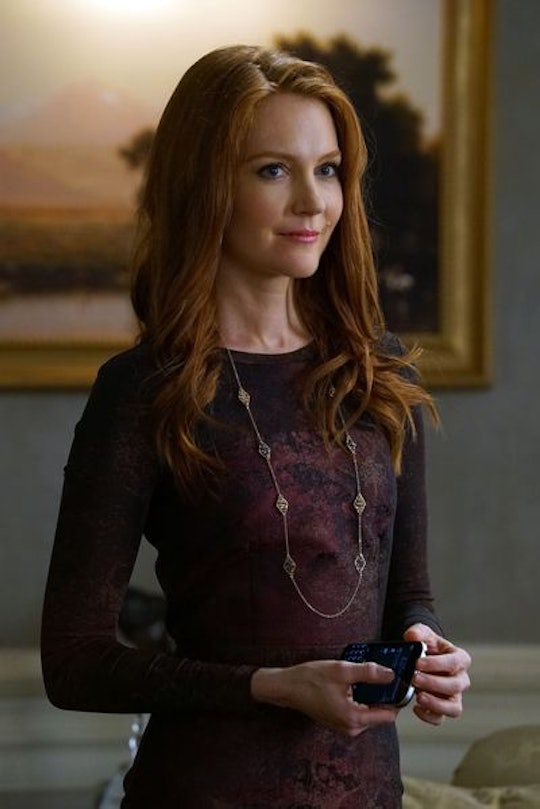 Abby May Be Suffering From Guilt On 'Scandal'

Lately Scandal has turned into a whodunit and while I’m not complaining at all since Shonda Rhimes definitely knows how to give a great payoff after a prolonged mystery, there are still so many suspects for Frankie Vargas’ murder. Obviously Cyrus is in the clear and neither Olivia or Fitz had anything to do with it, but it’s still a case of “everyone's a suspect,” which includes the chief of staff, Abby. But did Abby kill Frankie Vargas on Scandal?

The better question might actually be: could Abby kill someone? She might be one of the only characters on Scandal who hasn’t yet purposely spilled blood, so either it’s about time she has or she doesn’t have it in her at all to be a killer. Plus, the benefits for Abby are kind of hard to figure out, but when you dig a little deeper, it becomes apparent that even Abby could benefit from killing Frankie on Scandal. If she did do it, or at least arrange it, then it had to have been for the intention of framing Cyrus, effectively getting both of them out of the way and keeping them out of the White House.

Now that means that Mellie would potentially take Vargas' place as the president and even though it would be unclear what Abby’s role would then be in the White House, she might have figured that with Fitz already backing her, she’d remain safely employed by the most powerful agency in the country.

In case you’ve forgotten, Abby used to work under Olivia. As in, she learned all she knows about being cunning and badass from the original gladiator herself and recently, she’s gone a bit rogue. Like when Abby announced that the death penalty wouldn’t be sought after for Cyrus without clearing it with Fitz first. She showed some brash misuse of power, but it might have been her way of making things right with Cyrus in her own mind, doing away with any residual guilt over framing him.

And lately, any time Abby and Olivia interact on Scandal, it feels like a tug of war for power in a way. It’s not so much that the two women want the same things and are fighting each other for them, but more so that Abby has come into her own and no longer allows herself to be controlled or swayed by Olivia. If this is who Abby is now, then it stands to reason she could very well have arranged the hit on Vargas in order to secure her dominance over Cyrus and enact her own plans.

There was also recently a flashback to Abby and Jake, wherein she convinced him to interrogate the immediate suspect for Vargas' murder without telling anyone else first. After Jake got the confession, Olivia almost immediately gave one of her fast-talking speeches to Abby, telling her to “get on the ride side.” In other words, to be careful not to play a role in implicating Cyrus. But once again, this could have been a show of Abby expressing her own power over Olivia, giving way to the Abby who is more of a rogue player and less of a gladiator these days.