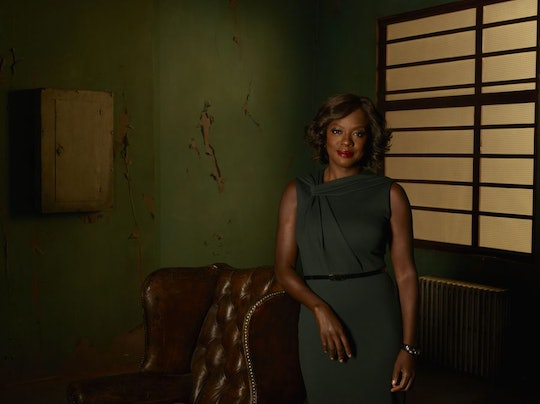 Did Annalise Burn Her House Down On 'HTGAWM'? Her Comments About Money Might Be A Clue

Annalise Keating has done a lot in her long career as an attorney and educator, but until now, she hasn't really faced any solid consequences that involved her livelihood. But now that her license for practicing law is suspended and she herself told Eve that she's about to be hard up for money, did Annalise burn her house down on How to Get Away With Murder? When she was talking to Eve about wanting to retire she said, "I could use the money," and then they discuss selling the house and using the proceeds from that for Annalise to retire from.

She also mentions the fact that she already spent all of the insurance money left to her after Sam died, and the word insurance comes up several more times in the conversation. So did Annalise burn her own house down on HTGAWM in order to collect the much-needed insurance payout?

Annalise also dropped the bombshell that she used the money from Sam's insurance policy to pay a hitman to go after Frank. Now, we all know that Frank wasn't killed by said hitman, but instead killed the man himself, but if that's where the bulk of Annalise's money went, she could be broke by the end of the season. As it is, she's about to have zero income coming in, while somehow maintaining her huge house.

While we've all been wondering who is going to be under the sheet at the end of the season on HTGAWM, we haven't been focusing nearly enough on who set fire to Annalise's house in the first place. If she really is this hard up for money and if she and Eve need to say the word 'insurance' so many times in one two-minute conversation, then it's entirely possible that she is the one who burns her house down.

Only, more than likely, she doesn't expect there to be anyone in the house. And as we now know, there is to be one death and one injured person as a result of Annalise's house burning down on HTGAWM. Until recently, it would have been unexpected, but it's hard to ignore the facts and foreshadowing that alludes to Annalise being the one responsible for burning down her house.

As we saw at the beginning of Thursday's episode of HTGAWM, we also now know that Annalise ends up arrested for whatever reason, but only that it is directly linked to the fire at her house. Sp when will we find out who burned down Annalise's house? You know they're going to drag this out as long as they can.