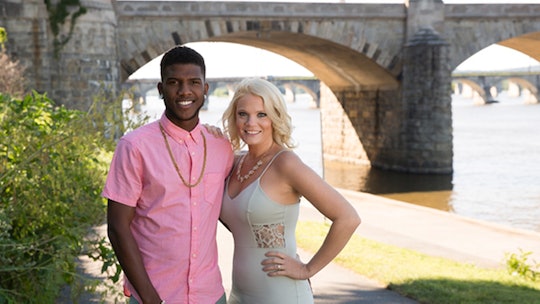 Every couple on TLC’s 90 Day Fiancé has had some trouble throughout their courtship. It’s to be expected; who wouldn’t have at least a few doubts about someone they haven’t known very long and now have to marry if they want a chance at seeing where things go? Of all the couples from Season 6, there is one who might call it quits sooner than the rest. They did eventually get married, but did Ashley and Jay get a divorce after all was said and done, or are they ready to keep working on things?

If you watched the first part of the reunion special, you know that the couple are still officially wed, but it’s not exactly smooth sailing. Ashley met Jay in Jamaica, his home country, while she was vacationing there. The 31-year-old from Pennsylvania had had two children and been engaged twice when she met Jay, who is just 20 years old. That age difference would give anyone pause, especially considering the amount of growing up people tend to do between 20 and 30, but the real concern to me is how you can propose to someone after spending just eight days together. And from the beginning, it was obvious that there were going to be issues.

So the cheating thing was out in the open before the season even started. And everything finally came to a head on the two-part season finale, when, following their wedding, Ashley confronted Jay for using a dating website less than a week after they got married.

Talk about devastating. And while Ashley merely commented on the viewership of the show, Jay made a point to post a photo from their wedding, indicating that he is still all in.

But it’s hard to know exactly what that is at this point. After all, Ashley spent Christmas in the hospital suffering from complications due to her lupus where she was without her children and, seemingly, her husband. She’s certainly had a rough go of things, from her health to her relationship.

Fortunately, at least a couple of her cast mates have her back. In the first part of the reunion special, Fernanda called Jay out for cheating on the woman he said that he loved, while the host asked Ashley why, after previously backing out twice, she had eventually agreed to marry him. Ashley said that he “had [her] totally fooled,” and she really didn’t expect him to cheat on her after they were married.

As he sits with his arm around her, Jay actually has the nerve to defend himself. He said that he downloaded the app to make friends, and choosing to respond was the real mistake. However, Fernanda, Jonathan, and Ashley herself all disagreed, saying that by downloading the app, he knew what he was getting himself into.

So while it would appear that Ashley and Jay are still technically together, it seems like they’re headed in the direction of divorce. Hopefully, the second part of the reunion will clear this up.