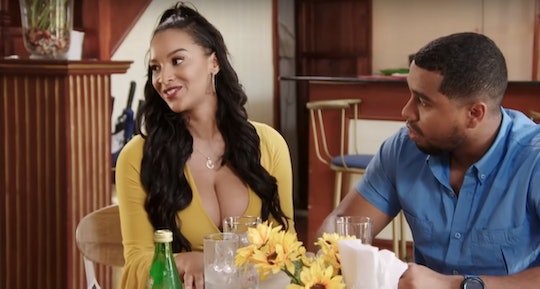 Things went from bad to worse between the families when Chantel and Pedro returned to the franchise on 90 Day Fiancé: Happily Ever After? Season 2. Chantel’s family didn't support that Pedro was sending money to his mom and sister back home and Pedro’s family saw Chantel’s family as too controlling. Things erupted in more than one fight and now that Chantel and Pedro have their own show, the fighting has only gotten worse.

Chantel and Pedro have been dragged into the drama repeatedly and it has tested their marriage in ways that could lead to their downfall as a couple. Fans who have followed the couple for literal years might not be ready to admit that this could be the beginning of the end, but if they want to do better as a couple, something will have to change between their families.

Despite the ongoing drama on The Family Chantel, it does seem like Chantel and Pedro are trying to work through their issues and stay together. On Instagram, Chantel still wears her wedding ring in most pictures and she still posts photos of the two of them together. And the fact that on the show they are both willing to seek family counseling shows that they are both still willing to work through things.

Pedro’s Instagram, on the other hand, is full of selfies. In fact, the last photo he posted with Chantel in it is from 2017. Maybe that’s just his style and he prefers gym selfies to romantic posts and captions, but it could be a sign of things to come. Because neither Chantel or Pedro have said anything about officially splitting up after The Family Chantel, fans can assume they are still together. That doesn't mean they aren't still a work in progress, though.

In a recent interview with Access Hollywood, Pedro and Chantel opened up about the show and whether or not it is authentic or just played up for the cameras. Chantel said all of the drama is real, but there are happier moments in their family that aren't included since the show is about showing the struggle of her relationship with Pedro and their now-blended family.

And while the show might seem like a final nail in the coffin, The Family Chantel has actually been good for their relationship, Chantel told The Atlanta Journal-Constitution newspaper.

"It’s kind of therapeutic when they interview you," Chantel said, of opening up about her family and relationship problems with producers on the show. "You’re able to talk through your problem and [it] forces you to put everything on the table. You can’t ignore your problems with other family members."

Be that as it may, Chantel and Pedro might still have some issues to work through between them and with their families before they can last one episode without exploding on each other. If all of the fighting on the show is real, then I think they might need a few more of those family counseling sessions to sort through things. For now, however, outside of The Family Chantel, Pedro and Chantel seem to be working at their marriage.

The Family Chantel airs on Mondays at 10 p.m. ET on TLC.