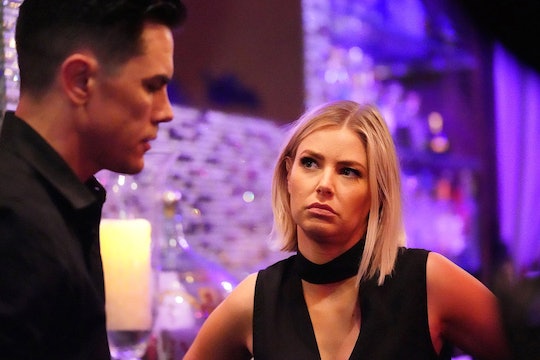 Tom and Ariana might not have the most perfect relationship on Vanderpump Rules, but they do have one of the more consistent ones. They’ve been together for five years after starting out as besties, so it's so wonder that they’ve made it this far. In the promo for Monday’s episode, Tom mentions Ariana and Lala getting intimate after which Ariana yells at him that her sexuality isn't his business to tell. But did Tom Sandoval out Ariana on Vanderpump Rules?

In the preview, he’s all too eager to tell the other guys about a past interaction between Lala and Ariana. "Ariana and Lala had been out drinking all day and Lala goes, 'Ariana, will you climb in that backseat? I just wanna eat your p*ssy,'" he explains. Afterward, Arana tells Tom, "This is my sexuality as a person. I don't talk about that stuff openly with the entire f*cking world."

This isn't the first time Ariana’s sexuality has been a topic of discussion among her fellow Vanderpump Rules stars and friends.

Back in February 2017, Scheana and Ariana appeared on the podcast The Tomorrow Show With Kevin Undergard. Scheana revealed that the two women had once made out. Ariana explained that they were in Las Vegas and it was back when she and Tom had first started dating, so it wasn’t a huge deal to him back then. But when pressed about her sexuality and asked if she is bixesual, Ariana responded, "I think that sexuality is more fluid than the labels that people put on it," and said that she is "somewhere in the middle."

Ariana may not label herself as bisexual and she hasn't volunteered information about her past sexual encounters with men and women without being outright asked, so Tom’s retelling of an alleged incident between Ariana and Lala was out of line. In the scene in the promo, Tom does seem like he’s had a few drinks before he brings up the story, but this is his girlfriend and friend of several years and they’ve openly talked about a having a long future together. Regardless of how she identifies her own sexuality, it wasn't Tom’s place to tell anyone on camera about her past sexual experiences, whether he was serious or not.

In 2018, Ariana and Tom both told The Daily Dish that part of their five year plans include buying a house together. That may or may not come with wedded bliss and a couple of kids, but the fact that their mutual plans seem to include each other shows how seriously they take their relationship. "That's one thing that me and Ariana are looking forward to is getting a house together — getting out of that apartment," Tom said at the time. In an episode of the Vanderpump Rules After Show, he explained that Lala still hadn’t embraced the idea of giving birth at some point but added that "it's not completely out of the question."

I don't see Tom outing Ariana on Vanderpump Rules as the beginning of the end of their relationship, but it was something that Tom had no business discussing with other people. And on camera, no less. Until now, their relationship has been one of the shining beacons of light on a show where relationship drama reigns supreme.

No, they haven’t had the perfect relationship and still aren't quite the Monica and Chandler of Vanderpump Rules, but they’ve been together too long and have worked too hard on their relationship for this to be their downfall. Hopefully Ariana’s talk with Tom about her sexuality being her business will put him in his place and get him woke.