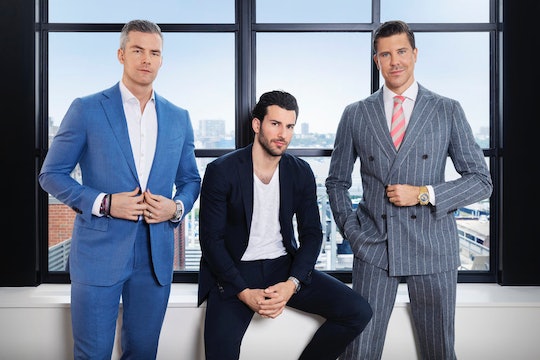 The Million Dollar Listing cast is notorious for closing on big properties with commission checks larger than the average person’s yearly salary. As reality TV stars, they might make even more than is presented on the show. And I’m sure the biggest stars reap the benefits of being Bravo celebrities. But because they are on a show where they make a living already, fans might be wondering if Million Dollar Listing stars get paid to be on the show itself.

There is almost no reality TV show these days that doesn't pay its cast members something to be a part of the series. If you look at networks like Lifetime, TLC, and yes, Bravo, which all have primetime lineups filled with reality shows, it’s easy to see the value in keeping these shows running at an almost constant rate. Mostly it’s because of the revenue that comes from the many commercials which play during these shows and networks get that. But with all of that money coming in, most reality TV participants get paid something for their time.

Although the current Million Dollar Listing New York stars haven't come out to say how much they are paid for the show or if they are paid at all, former cast member Jessica Cohen from Season 1 told The Real Deal that she was paid for her handful of episodes before she was fired. If she was paid when the show was just starting out, the current stars are potentially being paid at least as much as she got for her time.

At the time of her firing from the show, Jessica told The Real Deal she thought it was because her storylines weren't juicy enough for the drama the show needed to propel forward. But, she added, she was paid $3,500 for each episode she filmed. "I thought it was very honorable that the producers still paid me," she said. "It was supposed to be eight to 10 episodes but I got paid three."

Today, the Million Dollar Listing New York stars are celebrities in their own rights. The show has undoubtedly brought business to them in the form of real estate clients. If Jessica made less than $4,000 per episode in the show's infancy, there’s a good chance the current stars of the show make even more per episode.

According to Business Insider, the main cast members on a cable reality show can make up to $10,000 per episode once the show has proven its success after a few seasons. Million Dollar Listing New York has been on Bravo for seven seasons already and recently premiered its eighth overall season.

But the benefits of appearing on reality TV as someone who has a full-time job outside of filming the show have proved immeasurable for some of the cast members. Steve Gold told The Real Deal that although his skills as a realtor got him in the door for the show, he has used the show and its exposure to his advantage to further his career.

And while Ryan Serhant was ranked number 15 in The Real Deal’s top real estate agents in 2012 when the show began, he took the number one spot in 2018. The rise in these realtors’ careers makes sense. When they are on TV exposed to millions of viewers per week, it’s almost like free advertising for their services in New York City.

Regardless of how much the Million Dollar Listing New York cast makes per episode or per season, the show itself has definitely proven its worth to most of the cast members in other ways.