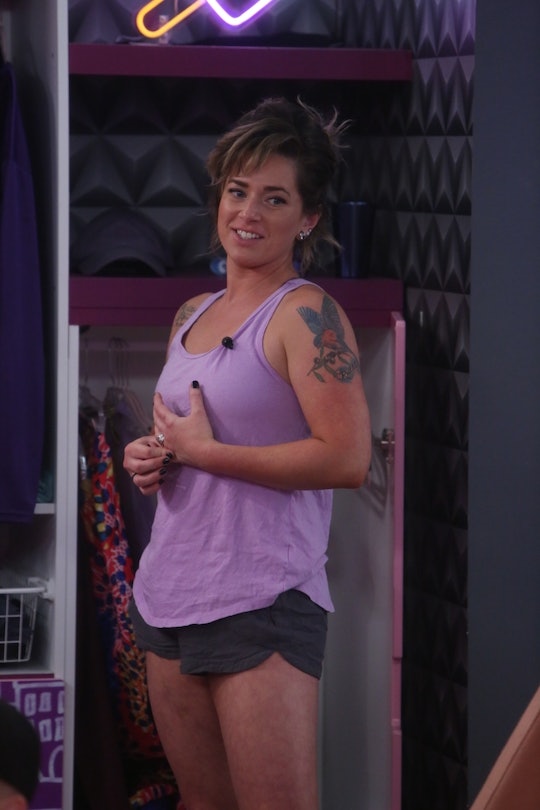 Sam's 'Big Brother' Nominations Could Be For Nothing

If ever there was a time to totally throw a head of household competition it was for this week’s HOH reign. With Sam’s knowledge that her bonus life power app would automatically go into effect for whichever houseguest is sent home, it didn't make much sense for her to try so hard to win the HOH endurance competition. That being said, do this week’s Big Brother nominations even matter? Sam’s power app really changes things, and in a way, it’s been more of a curse than anything. Yes, it could have kept her safe during the past few weeks when she may have been put on the block, or it could have been used to help someone else. But Sam has no clear alliances and she never used it.

Sam's app gave her the power to reverse the eviction of either herself or another houseguest, but it was only good for a limited time. Since she didn't use the power before now, that means it's going to be used this week automatically.

So, she and a select few other houseguests know full well that it’s going to give the evicted houseguest on Thursday night the power to battle their way back into the house. There’s no guarantee that the houseguest will actually win the competition to earn a spot in the house again, but it does seem like the nominations were virtually pointless, especially since Sam was the one who decided on them herself.

During the Big Brother live feeds, Sam said at one point that part of her reason for putting Kaitlyn and Haleigh both on the block was that she didn't think either stood a chance of winning a competition to be allowed back into the house. If that's the case, then her HOH week and the nominations aren't totally useless, but even so, you can't help but be anxious for this particular week to be over. Although other houseguests have power apps that have yet to be used, Bayleigh’s identity theft and Tyler’s cloud aren’t going to go into automatic effect anytime soon, so next week should be more about the game rather than another hiccup like this.

I was never a huge fan of the "bromance" alliance between Brett and Winston, but Sam’s best move would have been to use her power app on Winston during last week’s elimination ceremony. Even if she didn't have any obligations to either of them, it would have at least put her in control over how the app was used. Instead, the power app is in the hands of whoever is voted out, unbeknownst to them.

Sam won the HOH competition, which put her in control of who would go up on the block at least, but it still didn't matter as much as it would have during a regular week where a power app wasn't guaranteed to be used. It all comes down to how much of a chance either houseguest has of winning a competition to go back into the Big Brother house. If the evicted houseguest absolutely kills it in whatever the competition is, then she’ll head back inside and Sam’s HOH and nominations will have been for nothing. If the houseguest loses the competition and ends up going home, as voted, then the nominations will have mattered and changed the house a bit.

Either way, Sam inadvertently put a huge target on her own back because of her nominations this week. One of her reasons, as she said in the nomination ceremony, included her distrust of Kaitlyn and Haleigh and her perceived view of both houseguests’ relationships with the men in the house. I don't think those reasons really warrant nominations to leave, but the ceremony sent shock waves throughout the house. If Sam can come back from this without being put on the block herself next week, then I'll really be surprised.