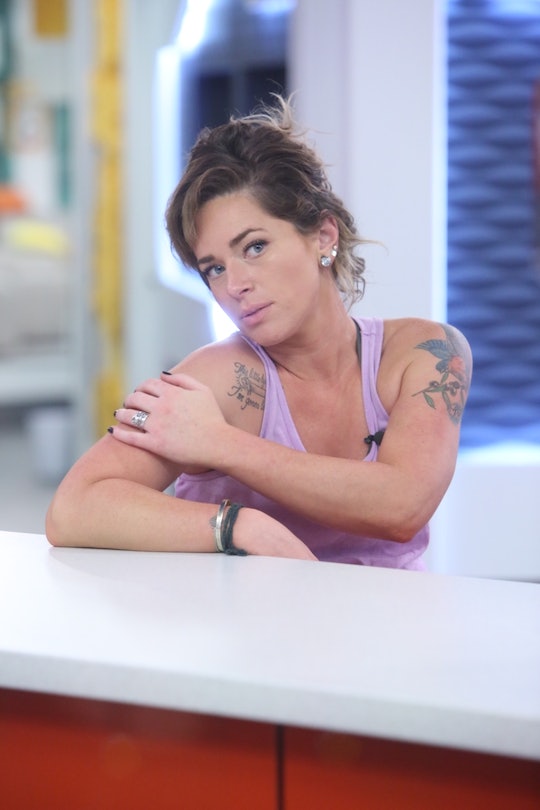 On Big Brother, special twists and powers can either be a great thing or a truly detrimental thing, depending on the houseguest and their individual game. They also tend to come with stipulations, like Sam’s bonus life app. Her bonus life which will expire on the July 26 episode and be put into effect whether she wants it to or not. But will Sam use her power on one of the Bros on Big Brother so that she can at least control who benefits from it?

Sam's power app could be really useful for anyone who gets voted out of the house. Whichever houseguest the power is used on will get the chance to re-enter the Big Brother house directly after their eviction. When Sam was given the power, she had four weeks to use it on herself or another houseguest. Since this is the final week for her to decide who gets it, she can potentially use it on either Winston or Brett when one of them is inevitably voted out.

So could she actually use it on one of them? The better question is why she would since she doesn't have concrete ties to either of them. But this is Sam — she's easily the kindest person in the house, almost to a fault. She could be persuaded to use it before the evicted houseguest next week gets it instead.

During Wednesday's episode of Big Brother, Sam did seem to be conflicted about letting her power app go to waste this week. When she spoke to Brett after the "Mama Mia Madness" veto competition, she seemed to feel for the potential evictee. "Seeing Brett so tore up is really hard on me, it's breaking my heart," she said in the diary room. She then reiterated the rules of her power and said that she has a lot to think about.

Right now, Brett and Winston are both part of the Level 6 alliance and have their own "bromance" thing going on. Sam is essentially a floater with strong ties to Tyler and possible JC. So she doesn't have any direct ties to either nominated houseguest in terms of game play and no real obligation to save one of them. Then again, Sam seems to really feel for her fellow houseguests, so she could very well be manipulated or persuaded into using her power.

The thing is, if she doesn't use her power and it goes into effect automatically at the end of next week's voting ceremony, the remaining bro will see the power she had all along to save the other half of the bromance. If that happens, Sam could then have a huge target on her back. If Brett is left in the house, he could persuade the rest of Level 6 to go after her and the same goes for Winston. And after seeing both of the bros upset at different points, I wouldn't be too keen on crossing them.

Back when Sam was given the power app, it was a huge deal because she herself had been in danger of going home. When Steve was voted out instead, Sam was able to hold onto the bonus life power in the event that she might need it again at some point. Unfortunately, it also has an expiration date and if the remaining houseguests who don't know about her power find out after she used it on someone to help save them, that could be bad.

Before the veto competition, Sam did tell Tyler and Kaycee on the live feeds that they needed to control the head of household next week in order to control who gets to use the power app, but as Scottie said, Brett was blessed with "BB mist," so he could persuade her to use the power in the eleventh hour.