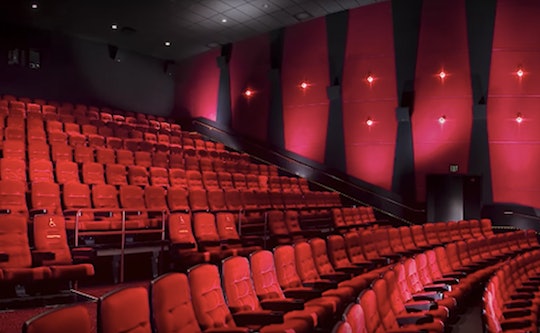 Sometimes it feels like movie ratings are arbitrary. Sure, there are certain things like levels of violence and language that help the powers that be decide whether a movie will be rated PG-13 or R, but it's really all about context. Some people feel like the ratings system that exists now just isn't enough, though. A new study published in the journal Pediatrics found that a PG-15 rating could be coming to movie theaters very soon, especially due to the rising amount of gun violence in movies.

Daniel Romer, the lead author of the study done by a team of researchers at the Annenberg Public Policy Center, told the The New York Times, that his findings suggest many people think the film industry is taking "inappropriate advantage of the PG-13 system." He added, "These movies often get a PG-13 rating by omitting the consequences, such as blood and suffering, and by making the use of gun violence seem justified. But parents of teenagers say that even scenes of justified violence are more appropriate for teens who are at least 15.”

Their research found that parents are more likely to allow their teens to see movies with gun violence that seems "justified," but felt that 13 years old was too young for "unjustified but bloodless gun violence." So even if there's no gore, parents feel like 13 years old is too young to process senseless violence. Just for reference, the researchers used PG-13 movies such as Live Free or Die Hard and Taken as examples of "justified" violence, and movies like Skyfall or Sicario for "unjustified" violence."

There was one exception in the results, however. Parents who were frequent movie goers tended to be more permissive about what they thought was justifiable or unjustifiable violence and what they would allow their kids to see. Romer added in a statement accompanying the study, "There seems to be a numbing or desensitization effect for parents who see these movies all the time."

Many Felt It Was Coddling Kids To Add Another Rating

Currently, the Motion Picture Association of America runs the voluntary rating system, which means that films don't have to be rated to be shown in movie theaters, although some movie theater chains will not accept an unrated film for viewing. In the United Kingdom, they already use a PG-15 rating for films.

Having a film given a less restrictive rating is good for movie studios — the more people who are able to come to the theater and see it, the better. Although some genres prefer the R-rating for exclusivity (and then kids will just be dying to see the forbidden fruit). So there are a lot of factors at play, the most important being what kids are seeing and if it's healthy for them. Most research suggests it might not be.

Researchers, parents, and legislators have long debated the effects of gun violence in media on kids' brains. But there does seem to be some correlation between what kids watch and their IRL behavior. The American Academy of Pediatrics released a statement in 2016 that listed a slew of research that found viewing more violent media content can make young kids more aggressive.

Another recent study done by Ohio State University found that kids between the ages of 8 and 12 years old who saw scenes of just a PG-rated movie with guns in it were more likely to play with a gun longer and pull its trigger than kids who watched movies with no guns. .

Romer said of those previous studies in his statement, "Despite such evidence, we still don’t know whether repeatedly seeing movies with justified violence teaches children that using guns is OK if they think it’s justified."

Given the current conversation surrounding gun violence and safety these days, taking a more in-depth looking into the media content we let kids see and when is definitely worthwhile. In the meantime, it's still up to parents to decide what they want to allow their children to watch and why. But it sounds like a PG-15 rating might be coming sooner than later.