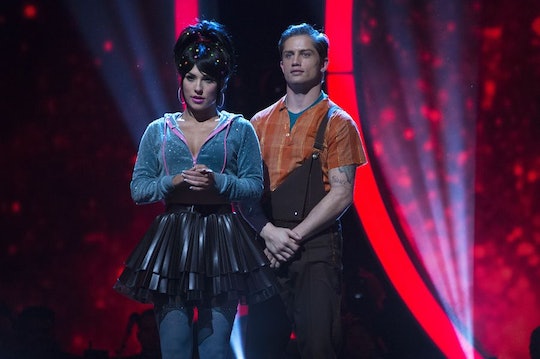 As much as I’d like to think that the heat between Sharna Burgess and Bonner Bolton is the most important thing about the Dancing With the Stars duo, obviously the dancing part is what really matters. And since the two have only gotten better as a team, it begs the question: does Bonner Bolton have dance experience? Dancing With the Stars might have a few experienced performers on the roster this season, but Bolton is not one of them. You wouldn’t know it, since he’s a Texan who loves country and rock music and you have to assume that dancing is thrown in there somewhere, but Bolton’s life has been mostly about bull riding and working on his family’s ranch.

Even so, the numbers speak for themselves. For Week 5 on DWTS, Bolton and Burgess scored a 30 out of 40 and the week before that, they earned 32 points for their foxtrot. Even though Bolton doesn’t have dance experience, it’s becoming clear that the DWTS contestant does have the discipline necessary to work hard and learn the craft well enough to still be around halfway through Season 24.

According to TooFab.com, aside from bull riding, Bolton also enjoys pretty much any workout regimen, as well as all of the outdoor sports you’d expect (snowboarding, fishing, hunting, etc.). But dancing isn’t one of his passions. At least, it wasn’t before he began DWTS.

Even though he doesn’t have dance experience, Bolton did tell Entertainment Tonight that taking on DWTS a year after his near-fatal bull riding accident was a way to really test himself. "This is gonna be the first real physical test of endurance," he said. "And I think it’s the perfect opportunity for me to show that if you don’t give up on yourself, you can overcome a lot." He went on to say that keeping up with Burgess and dancing in general would be a challenge for him, but he also likened it to bull riding. "In bull riding, you have to have timing, you gotta have balance and strength, so there’s some comparisons there."

Bolton’s accident resulted in months of physical therapy and while it’s a miracle that he’s even able to walk today, let alone glide across the ballroom floor on DWTS, bull riding is something he likely won’t be able to do again. That might be why he’s been delving into modeling as a new career choice, and now that he’s been under the care of Burgess, maybe more dancing is in his future too?

He was definitely right though about his patience and rhythm from bull riding playing a part in his dancing with Burgess on DWTS. They haven’t hit the weekly high yet, but they obviously have a chemistry that makes their dance numbers shine.