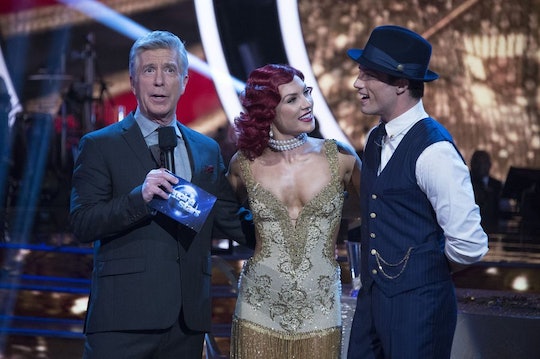 From professional bull riding to modeling and now competing on Dancing With the Stars, there is apparently nothing Texas native Boner Bolton can’t do and do well. But with all of the 29-year-old’s accomplishments to date, what is Bonner Bolton’s net worth? DWTS got a hard-working and determined dancer when they asked him to join Season 24. And, as it turns out, the show also got someone who could enter into a total will they/won’t they partnership with pro dancer Sharna.

But aside from all of the ‘shipping of the dancing duo, Bonner has done well for himself. Although he works as a model on the side (but could totally do that full-time), Bonner is reportedly worth $500,000 from bull riding alone. Of course, those kinds of earnings aren't from just working on the farm. He’s obviously a Texan through and through, and on the season premiere of DWTS attributed his work ethic to how he’s been raised in a family of hard workers.

All of that evidently paid off, as Bonner has been a professional bull rider for 11 years and at the age of 20, he’d already won his first world champion title in the sport. A year before he began his stint on DWTS, Bonner was in a bull riding accident that broke his neck and had him temporarily paralyzed. Since his fall in January 2016, Bonner worked hard to regain his strength and told Us Weekly, "I've overcome a lot and just want to inspire other people to not give up." I told you he was a hard worker.

Right now, it seems like Bonner is more than ready to continue to try and dominate the dance floor with partner Sharna and even though their collective score for Week 3 was 24 out of 40, it was still better than the previous week, the judges were encouraging and still believe he has what it takes to go all the way. It's also worth mentioning that in his introduction video on the season premiere of DWTS, he stated that: "Bull riding's a lot like dancing, you know? Your partner's a lot bigger, though."

With a father who was also a professional bull rider and growing up on a Texas ranch, obviously the sport is in Bonner’s blood, but even though there’s no net worth for all of the other accomplishments he has to date, he’s still a professional model part of the time. Represented by IMG Models, Bonner already has an impressive portfolio and his Instagram pays tribute to his burgeoning modeling career on the regular.

There has been a lot of speculation about Bonner and Sharna on DWTS and whether or not they are secretly dating, but either way, I think we can all agree that Bonner is a pretty great catch.