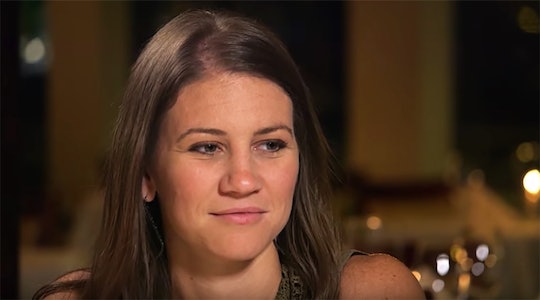 Danielle Busby Turned Her Passion Into A Successful Career

Everyone has different energy levels, which is fine because productivity isn't a competition. But if it was, I'm thinking Danielle Busby might win. Scratch that — I think Danielle Busby would win at life no matter the contest. Case in point: Danielle Busby works in and outside of the home, juggling her responsibilities as a parent with her fitness-inspired business. Get ready to feel guilty about being tired forever and ever, folks.

Danielle and Adam Busby are the parents of six daughters, five of whom are quintuplets, as well as the stars of the TLC series, OutDaughtered. When Danielle isn't busy with filming her national reality series or tending to her six daughters, Blayke, Ava, Olivia, Hazel, Riley, and Parker, she is actively working. Working more, I mean, since the two things I already mentioned are plenty of work for any person on the planet.

Per TLC's bio for Danielle, she works as an independent beauty consultant, but it's possible she doesn't do this anymore. And if her LinkedIn profile is up to date, she also works as a Project Coordinator Team Lead in the couple's hometown of Houston, Texas.

What is clear? Danielle is eager to turn her passion for fitness into a full-time career. She and Adam are reportedly in charge of an indoor and Texas-based cycling studio called Rush Cycle, which is apart of a larger franchise.

"We're going into it with two other couples, who are great business people but also great friends of ours," Danielle told Style Blueprint in January 2017. "I'm just excited — I think it's going to do well in our area. I look at nothing but greatness because failure is not an option."

Danielle is also busy keeping up with her blog on the family website, It's A Buzz World, where she shares parenting tips and anecdotes about her daughters.

But just when you thought Danielle couldn't get any busier, it turns out she is a clothing designer too. Back in April, Danielle went into business with her two sisters, Crystal Mills and Ashley Mowbray, to launch a line of activewear for women called CADi Fitness. This line of t-shirts, leggings, sports bras, and tank tops aim to inspire women to feel "comfortable in their own skin," as per the website. Items sell in the $20 to $90 range, and obviously fit in well with Danielle's long touted commitment to fitness.

It goes without saying, but just because Danielle is a devoted mom to her daughters, it doesn't mean she can't be an ambitious woman with dreams of her own. And it's totally OK for her to enjoy a night with her husband Adam every once in a while. In fact, the busy mom recently shut down critics who called the couple "selfish" for prioritizing date nights once a week, stating, according to Good Housekeeping:

It's something we have done literally since we had Blayke and we get hit in a negative way which is so strange. Just because we have our kids doesn't mean that we should not go out and have time together.

Sure, Danielle Busby's life might seem like a whirlwind to the rest of the world, but it appears to be a fulfilling life she enjoys. And if that's not impressive, I'm not sure what is.