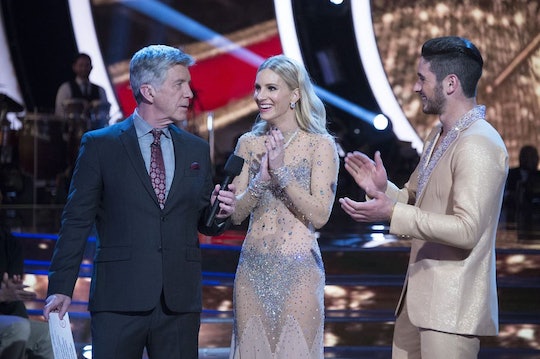 Heather Morris Is No Stranger To The Dance Floor

Being on Dancing With the Stars doesn’t necessarily make or break the stars who agree to compete on the show, but for some, it makes great dancers out of them. And for others, like Heather Morris, it just helps them hone the talent they already have. And with the high scores she’s been consistently getting, it’s totally understandable to ask: does Heather Morris have dance experience?

Dancing With the Stars employs some of the best pros to help the stars along, but Heather actually has some professional dance experience from long before she was asked to compete on Season 24. Most fans of Heather from her Glee days know that the actress has the kind of professional dance experience that makes her more than qualified to have earned that 33 out of 40 for her Week 3 performance in DWTS.

Before she landed the role of Brittany S. Pierce on Glee though, Heather toured with Beyoncé and was one of her backup dancers. But even before that, Heather competed on So You Think You Can Dance in 2006 and although she didn’t make it to the final round, she still powered through with each performance on the competition show. So it's kind of hard to ignore Heather's obvious skill.

Heather may have dance experience from before DWTS, but she isn't the only contestant this season with already acquired talent, so it’s not totally accurate to say that she has a leg up above the rest. Normani Kordei of the group Fifth Harmony is actually working between rehearsals and filming of DWTS and obviously has plenty of dancing experience. Then there's Charo, though she was recently eliminated, who was also an experienced performer prior to the show.

In 2007, Heather was hired as one of Beyoncé’s backup dancers for the Beyoncé Experience world tour and then performed with the singer at the 2009 American Music Awards. She also had a small cameo in the movie Fired Up, which included dancing for the most part. Obviously Heather has dance experience, but the DWTS contestant also knows where she can improve.

Prior to the Season 24 premiere of DWTS, Heather told E! News that despite her own background in dancing, she was “nervous about the live audience” since there had been some time since she’d performed on stage. And although her pro partner Maks also admitted to E! News that, because of her background in dancing, they would have an advantage over some, he made it clear that because of that, he and Heather would be judged a little more closely this season, which in his eyes was understandable.

Heather isn’t a brand new pup when it comes to the dancing game, which is made apparent each week, but she also seems open to the kind of criticism that will help her to get a little bit stronger as a dancer overall.