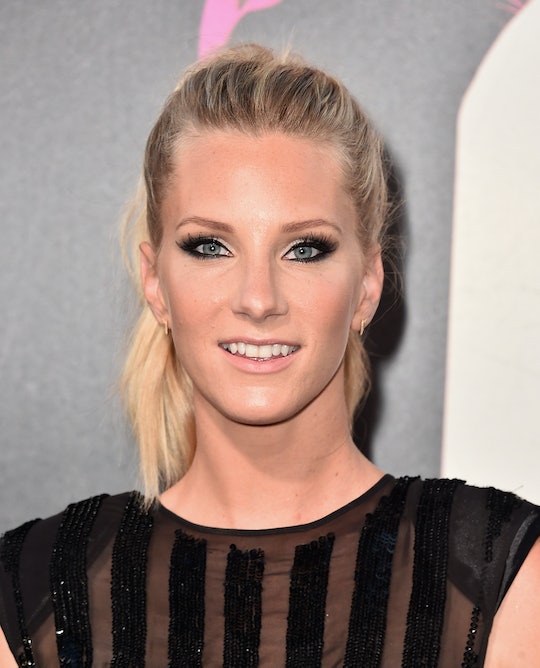 Heather Morris' Net Worth Is Impressive

Now that The Bachelor is coming to an end, it’s time to focus on the next big competition show on ABC, but Dancing With the Stars has nothing to do with competing for roses and romance. Instead, it’s all about showing off your dancing skills and working with actual professional dancers. So now that the list of competitors has been revealed, everyone is placing bets on the winner being Glee’s Heather Morris, given her dancing background. But with all of her experience, what is Heather Morris’ net worth?

Dancing With the Stars is getting another expert-level dancer, but she’s made her living acting and singing as well, so consider her a legit triple threat. According to Celebrity Net Worth, Morris’ net worth is $4 million thanks to her role on Glee and her past as a backup dancer for Beyoncé. Morris was also in the movie Spring Breakers and lent her voice for Ice Age: Continental Drift.

As is stands, her chances on DWTS this season seem insanely good, especially since she's been gifted with Maksim Chmerkovskiy’s as her dance partner, and he's no stranger to winning that Mirror Ball trophy. However, Morris has asserted that her past experience as a performer doesn't give her as big of a leg up as you might think. Morris told Entertainment Tonight that although she’s experienced, she’s not the only one. “I think the competition is completely fair," she stated. "There's a gold medal gymnast! Come on!"

And even though she's a good enough dancer to have toured with Beyoncé in 2008, she wants fans to remember that it happened almost 10 years ago, meaning she's a basket of nerves to get back out there in a live capacity. “I'm a little nervous about it being on live television,” Morris said. “You know, people watching from all over the country. It's a little nerve-wracking."

Since Glee ended in 2015, Morris has appeared in a few TV shows and film shorts, but DWTS will mark her first big return to TV since her role as Brittany S. Pierce on Glee. In 2015, Morris married her longtime boyfriend Taylor Hubbell, shortly after they had their second child together. So the DWTS contestant has definitely had her hands full in her personal life.

Apparently though, now is the best time for her to return to work. Although Morris and her husband actually seem like a normal couple with their insanely adorable toddlers, Morris is obviously good at what she does and when DWTS comes calling, you don’t say no. While I’m sure the competition will be stuffed to the brim this season (Charo, you guys!), Morris will be fun to watch no matter what.