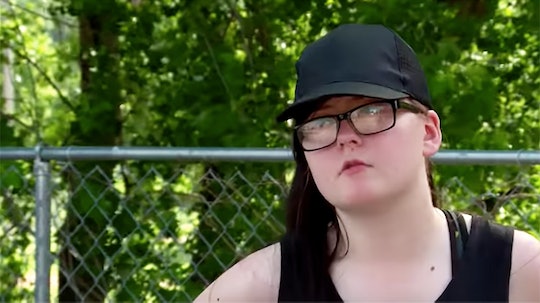 Does '90 Day Fiance' Star Eric Talk To His Daughter? Things Are Troubled

Many shocking revelations have surfaced during the 90 Day Fiancé reunion special, including the fact that Eric doesn't talk to his daughter, Tasha, anymore. As for why? Look no further than Tasha's troubled relationship with Eric's new wife, Leida.

All throughout this season of 90 Day Fiancé, Tasha has butted heads with Leida. It all started after Leida flew from Indonesia to move in with Eric and Tasha in Wisconsin, where the father and daughter shared an apartment. Leida was upset with the mess she found upon entering the house, an issue Eric tried to take up with Tasha time and time again. But Tasha wasn't quick to apologize, which angered Leida to the point of no return. The mom-of-one — with Eric's support — then decided to throw Tasha out for the slight.

Although Tasha is a legal adult, the situation was difficult to deal with and she didn't attend her father's wedding out of hurt. Sadly, this painful situation has snowballed to the degree that Tasha and Eric no longer speak. Eric revealed the unfortunate tidbit during the second installment of the reunion special airing on Sunday night.

When asked where his relationship with Tasha stands today, Eric said its nonexistent. Eric revealed that their fractured bond is due to Tasha's refusal to apologize for the mess she made, and for her comments on a 90 Day Fiancé after show. During the after show, Tasha said the mess was half Eric's fault — a claim I'm apt to believe. But if you ask Eric, the mess was entirely Tasha's.

Now the two are at a stalemate, which is a hot topic among 90 Day Fiancé fans on social media.

For starters, many people think Tasha doesn't owe Eric or Leida an apology.

"So Eric wants an apology for his daughter having a messy room?" one person wrote. "He refuses to speak to his daughter for his 30 yo wife who has been nothing but terrible. Sounds like Eric and Leida need to grow up, not Tasha."

Another commenter chimed in: "So if Eric hears a sorry from Tasha, he will be a father to her? He is going to abandon his daughter over a messy room? He just needed an excuse to make Queen B Leida happy. Weak man!"

Others were annoyed that Eric is trying to blame the entire mess on Tasha, even though it's fairly apparent that both of them aren't neat freaks.

"We all know that from the sight of Eric and Tasha’s apartment that that 'mess' was a 50/50 split...and also not a fresh mess, someone else said. "That’s how they live!"

"Eric needs to take responsibility in leaving that apartment a mess. Tasha shouldn't be blamed for it alone," one commenter penned. "If he wants to teach his daughter to respect his wife, then his wife has to be respectful as well."

To play devil's advocate, some fans think Tasha needs to take responsibility for her actions.

"Tasha and Leida both to blame for that debacle. Tasha knew way before she moved out that she needed to move out and only made matters worse," one person argued. "Leida should have let Eric handle it. End of story. They both learned a hard lesson."

Another fan wrote: "It’s not the sole responsibility of Eric to mend his relationship with Tasha. She disrespected Leida and his relationship from day one but he’s just supposed to be ok with it because 'that’s his daughter'? She’s toxic and needs to grow up."

Mess drama aside, it's clear Tasha and Eric care about one another. Here's to hoping they can make their relationship work down the line, whether or not Leida is in the picture.