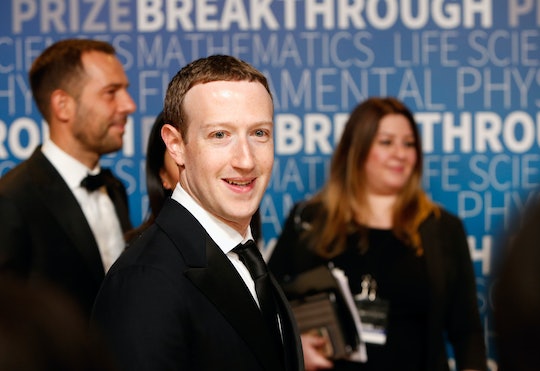 Since social media websites like Facebook incorporated online games into their platform, games like "Angry Birds" and "Ninja Saga" have become almost as popular with parents as they have with kids, but there may have been a literal cost. Newly revealed documents suggest that Facebook allegedly "tricked" kids into spending money on these games — without their parents knowing. It's a revelation that, unsurprisingly, has a lot of moms and dads reconsidering the role that online gaming plays in their families' lives.

This is not the first time Facebook has faced legal backlash. In December 2018, Facebook was hit by multiple lawsuits over the Cambridge Analytica scandal, as The Verge reported. This "scandal" involved the revelation that Facebook reportedly leaked the data of tens of millions of users by sharing the information with an academic, which was then obtained by a data firm. (In other words, Facebook allowed companies like Cambridge Analytica and third-party applications to collect users' data without their permission.) But, now, information has leaked regarding events that might have transpired much earlier.

More than 135 pages of documents were ordered unsealed by a federal judge earlier this week after a request from Reveal, the website run by the Center for Investigative Reporting (CIR), a nonprofit news organization. Documents including internal company memos, "secret strategies," and employee emails suggest that kids were targeted in an "aggressive effort to pump up revenue from games like Angry Birds, PetVille and Ninja Saga," CNET reported.

As part of this reported aggressive effort, Facebook allegedly encouraged "friendly fraud," (the practice of allowing kids to unknowingly spend money on their games). Even worse, the network also allegedly "ignored employees' warnings that it was tricking underage users who didn't realize credit cards were linked the Facebook accounts," according to CNET.

"Some went so far as to develop a fix for the problem, but the company never implemented it," CNET reports.

Romper reached out to Facebook for comment and has not heard back. However, the files can be read on Justia, one of the largest online databases of legal cases. The contents that have leaked out thus far are are actually pretty concerning.

The unsealed documents cover between 2010 and 2014, as reported by USA Today. In one, Rovio, the makers of Angry Birds, asked Facebook in 2012 why their users' credit card chargeback rate was so high. (The term "chargeback" refers to the return of funds to a customer.) Facebook workers came to realize that 93 percent of the chargebacks on Angry Birds were "friendly fraud" by children, as reported by The Register.

Another document highlighted both friendly fraud and family fraud, specifically the way Facebook allegedly encouraged developers to get kids to spend money without receiving their parents' permission. As U.S. News reported, employees were reportedly reluctant to stop the practice because it would hurt the company's revenue. The outlet reported that, between 2008 and 2014, kids under 18 years old spent more than $34 million in purchases.

Facebook employees came to refer to these children as "whales," according to Reveal. It's a term that comes from the casino industry and is essentially the same as a "high roller" or someone who spends big.

Regarding a child who had charged thousands of dollars on their parents' credit card, Facebook employees had the following exchange, according to Boing Boing:

Gillian: Would you refund this whale ticker? User is disputing ALL charges...

Ultimately, Boing Boing reported the exchange ended with the two employees deciding not to issue a refund.

In a statement to USA Today, Facebook said that the company:

“... works with parents and experts to offer tools for families navigating Facebook and the web. As part of that work, we routinely examine our own practices, and in 2016 agreed to update our terms and provide dedicated resources for refund requests related to purchased made by minors on Facebook.”

The Facebook Payments Support Center does not have an option for parents to process refunds for purchases made by someone under 18 years of age. This raises a lot of concerns. Documents seem to suggest that Facebook and its employees were well aware of these purchases being made by kids. As for whether or not these underhanded practices constitute outright trickery, the argument could be made that parents simply need to be more vigilant. Buyer Beware. Still, no buyer should have to be quite that wary, should they?

For parents, this may be a good reminder to disconnect your credit cards from all online accounts.