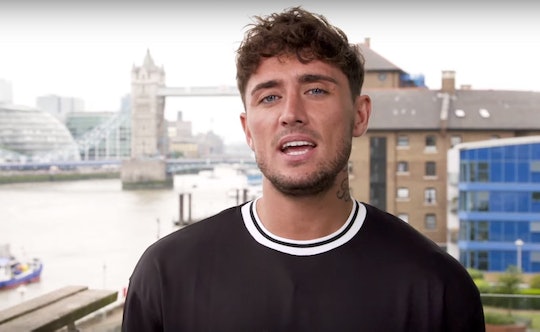 After Bear gave a Challenge performance last season to make fans either love or hate the rookie, it wasn't a surprise when producers brought him back for War of the Worlds 2. As part of the UK side who started the newest Challenge theme, it was a given that he would be back, but he also brings the drama fans have come to appreciate. With Bear, however, sometimes less is more. And the fan reactions to Bear on The Challenge show how most don't want another season of his antics.

He left his mark last season as the loud-mouthed troublemaker who pursued Georgia and manipulated her in the best interest of his game all while he had a girlfriend back home. He created a big mess for himself, but he didn't have to pay the price for his mistakes. Georgia still stood by his side until he lost an elimination round and was sent home.

When Bear proved himself to be one of the most antagonistic players from last season, he continued to fight and claw his way through each challenge, which made it hard for some of his fellow players not to respect his game — even if they weren't wild about keeping him around.

The Challenge producers had to have known what they were doing when they brought him back for a second season and while some fans welcome his over-the-top reality TV persona, others could have done without him this season.

One issue some fans have with Bear this season specifically is his apparent showmance with Laurel. She is a returning vet with a reputation as a strong competitor. He is known for being loud and obnoxious. They seem like a random pairing to a lot of fans and it makes some worry for Laurel’s game. It’s not clear if they are together after The Challenge or if their romance was strictly for the show, but it hasn't stopped fans from hating on a relationship that could be Laurel’s downfall.

Other fans remember everything Bear did last season and aren't ready to welcome him back into the fold. He shouted at other players to distract them during stressful competitions and he was loud and physically destructive in the common areas of The Challenge house. While he does have some friends on the UK team, Bear still gained a reputation last season for antagonizing and belittling other players. Some Challenge fans still just don't trust him.

I will be the first to admit I do occasionally enjoy some of Bear’s antics. There comes a time every season, however, when things need to get a little more serious. Bear doesn't seem to realize that and he's in this game as if it’s The Bear Show and everyone else is just along for the ride. It’s the kind of attitude that could see him going home sooner rather than later.

In an April YouTube interview with Ode, Bear even admitted that most of the things he says and does are for attention. It doesn't stop him from laying hard into the persona he has created for himself as a Challenge competitor, though. Maybe it will work out for him this season and he will make it further than Episode 10. Even so, not many Challenge fans are feeling him.

Unfortunately for fans who are already over him this season, Bear’s personality is here to stay. So if fans expect him to turn a new leaf and totally change the persona he has become known for on The Challenge, they will be waiting a while.