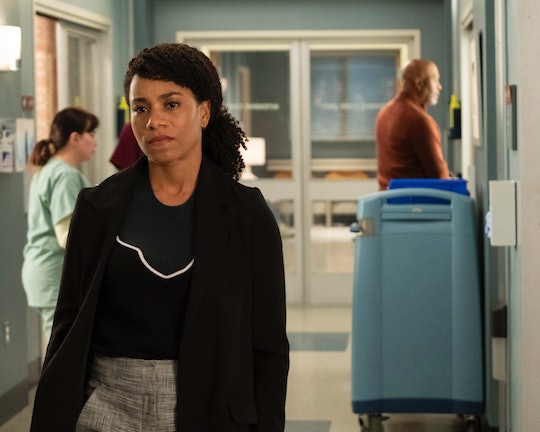 Sometimes, Grey’s Anatomy really drops the ball with romantic pairings. Just because two people can be together, it doesn't always mean they *should*, but maybe someone needs to tell that to the show’s writers. Case in point — Jackson and Maggie, who might look good on paper but so far haven't translated to an on-screen couple as well as some might have hoped. And the fan reactions to Jackson and Maggie on Grey’s Anatomy prove that some people still aren’t down with this couple.

There is nothing wrong with Maggie and Jackson individually. She is honestly one of the more relatable and endearing characters the show has had in years. She is even reminiscent of Lexie, who is by all accounts a Grey’s Anatomy saint. I have liked Maggie with some of her past boyfriends on the show, but as soon as she was thrown together with Jackson, it didn't quite work. And Jackson is fine on his own too. He’s a terrific surgeon and always out to do the right thing while still asserting himself. He’s like the male version of Meredith and you can’t hate on that.

But when the show threw them together, possibly because they were two of the only single main characters left, it didn't feel right. And fans are still not feeling the Maggie and Jackson 'ship.

It could have something to do with how much love and support Jackson and April had as a couple. They went through so much together and then the writers teased us with their hookup after their divorce, but nothing came of it. Then, Sarah Drew, who played April, was let go from the show and it was forced to end all romantic possibilities with Jackson and April. Fans who supported April and Jackson still can't get behind Jackson and Maggie.

Other fans just can't get over the fact that Jackson and Maggie are, in a roundabout way, step-siblings. Jackson’s mom is married to Maggie’s birth father, so it makes things a little messy in the familial sense. They even had a hard time jumping over that hurdle at first. You would think that if Jackson and Maggie could get over it, fans could too. Unfortunately, that’s not the case.

Some Grey’s Anatomy fans just don't see the chemistry. If it’s not there, you can't rally fake it. As much as the show tries to show viewers that Jackson and Maggie care about each other, the majority of fans just can’t see the spark between them. It has nothing to do with Jackson and Maggie as individuals. But when fans see them together, they can't quite see what any of the fuss is about.

For some fans, it is getting to the point where they almost feel like all of the Maggie and Jackson scenes are being pushed on them. Right now, Jackson and Maggie just seem to be trying to find themselves as a couple, so there is no real drama, which makes for less interesting interactions between them. In one scene last week, they talked about moving in together and in another, they talked about camping. It’s not exactly the steamy exchanges that fans have seen from Jackson in the past, so it’s a little understandable why fans are yawning over the couple.

Personally, I love both Maggie and Jackson as individual characters. Maybe they don't have that *oomph* factor just yet, but there is still time. On a show like Grey’s Anatomy, though, there is nothing like some major drama to breathe some new life into a relationship and maybe that’s what Maggie and Jackson need. Because from what I can see, their hearts are in the right place, but they need some serious work if this relationship is going to go anywhere and entice fans.