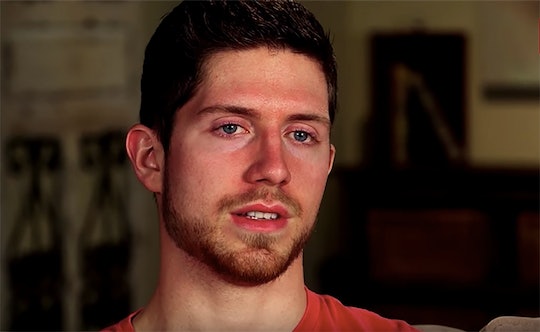 Rumors of a feud between the Seewald and Dillard families refuse to die down. Many Counting On viewers still believe Jessa Duggar and Ben Seewald don't agree with the controversial views of Jill Duggar's husband, Derick Dillard, and that they want to distance themselves from his rhetoric. Although the family has yet to confirm or deny the speculation, the evidence pointing to a feud is pretty compelling. Case in point: Fans think Ben Seewald slammed the Dillard family in a retweet. In short, the retweet calls out the hypocrisy of religious people who claim to follow the "love thy neighbor" commandment.

Out of all the Counting On stars, Seewald might be the most liberal. While some people assume Jeremy Vuolo holds this title because of his collegiate and soccer player background, he actually holds a fair number of oppressive views. In fact, Vuolo thinks it's up to a man to decide what a woman wears. Holy moly.

Seewald, on the other hand, is an outspoken proponent of the Black Lives Matter movement, and he often retweets messages about loving others. Not only that, but Seewald is a bit more unconventional (by Duggar standards) when it comes to his views on partnership. Want proof? Look no further than Seewald's retweet of this message:

God created Eve as a co-heir of his Kingdom promises, an ally in dominion and discipleship Her absence in creation inspired the first "not good" from the Creator of the mission. Yet I keep seeing "helpmeet" translated as 'cleaner of messes, cooker of food, doer of chores.'

As for Dillard, he thinks America is one of the least racist countries in the world, and he believes being transgender is a myth. Dillard did not immediately respond to Romper’s request for comment. And when it comes to partnership, it's clear he doesn't view Jill as an equal. When Dillard announced the couple's departure from Counting On, he revealed that he felt it was best for the family to part ways. Hmm.

So, when you compare Seewald's views to Dillard's, it's not difficult to see why they might clash. And if you're wondering why Seewald and Vuolo seem to be OK, my guess is it boils down to how vocal Dillard is these days. At times, it seems like Dillard goes out of his way to make a scene and tweet negative sentiments.

Seewald seemed to address this disconnect from Dillard in a recent retweet about the true meaning of "love thy neighbor." The original tweet reads:

If you say you “love your neighbor” while really just loving the people that look like you, live like you & think like you - It is not your neighbor that you are loving...it is yourself. #reallylovethyneighbor.

Following the retweet, Counting On fans flocked to Reddit to discuss the possible shade thrown at the Dillard family.

"Boom. Roasted," someone else said.

"Go Ben," another person chimed in.

"And I'm here for it," one commenter wrote.

But wait — don't assume this retweet is definitely about the Dillards. One informed fan penned, according to Reddit:

I’d like to believe Ben is snarking on the Dillard’s, but most likely he’s not. Ben is just as intolerant as Derick, but Ben’s target is Catholics, whereas Derick’s is homosexuals.

I have to admit this is a good point. It's kind of strange for Seewald to post a message about acceptance when he has shared offensive messages about Catholicism in the past. Seewald did not immediately respond to Romper’s request for comment. It's possible, however, that Seewald learned from his mistake — the rant was posted to Facebook in 2014, after all.

Unfortunately, fans will probably never know what Seewald *really* thinks about the Dillard family. If the retweets are about Dillard and Jill, however, it's clear his opinion isn't a positive one.